With all the controversy surrounding Lisa Canny’s no existent appearance on the late late due to the show running out of time  and apologies from Ryan Tubridy and the producers of the long running talk show, Luckily for the producers of the show  and Ryan Tubridy  Lisa has  agreed  to come back on The Late Late Show tonight  Friday  January 20th  and  we are really so excited  to announce that Lisa Canny has just announced her first major headline show in Castlebar!

Lisa Canny will perform with her  full band  at The Garbo’s Venue in Castlebar on February 25th.

Lisa Canny was was born in Co. Mayo. She began showing a big interest in music from a very young age, teaching herself tunes on the piano. Having noted her musical ability Lisa’s national school principal, Sean Nestor, presented a then 5-year-old Lisa with a small banjo and encouraged her to take classes.  Bernie and Holly Geraghty taught Lisa for over ten years, passing onto her a great understanding, love, and passion for traditional Irish music. 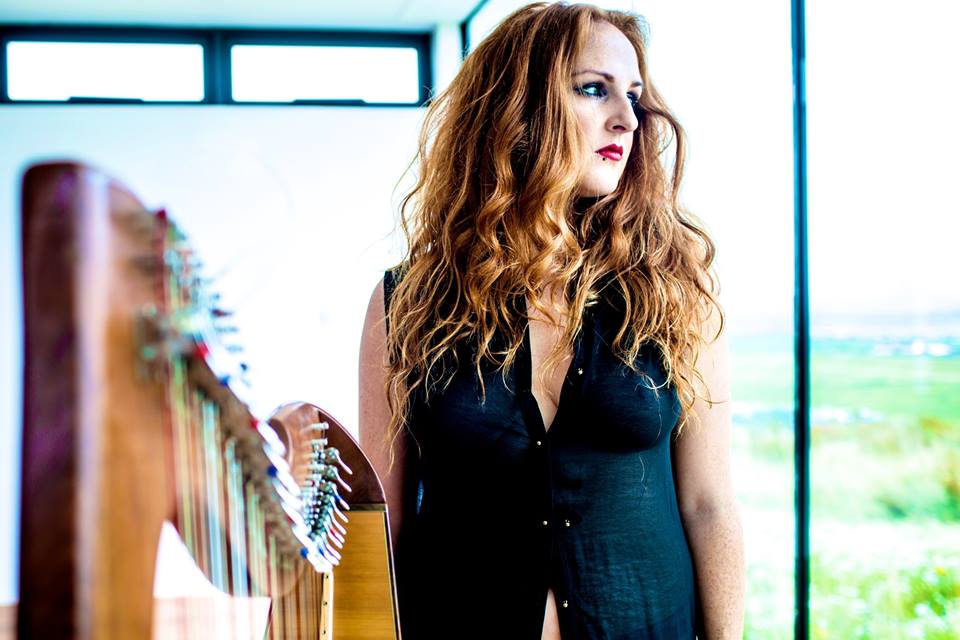 Heavily involved with CCÉ Ballindine, Lisa has won 7 All-Ireland Fleadh Ceoil titles throughout her competitive years, including the Senior Harp title in 2008. Now also a teacher, 9 of Lisa’s own students have gone on to win All-Ireland medals.

Throughout the years, Lisa competed in many singing competitions. She trained for a short period at the Performing Arts School of Galway but never received any other form of professional vocal training. She believes that she learnt to ‘hold a note’ from her mother Áine and extended family on both sides.

After graduating with a First Class Honours degree in Irish Music and Dance at University of Limerick in 2010, Lisa went on to achieve a First Class Masters degree in Ethnomusicology at University College Cork.   She has toured the States and Canada extensively over the last seven years with The Young Irelanders & Celtic Crossroads as lead vocalist, appearing on their latest PBS special DVD and CD. She has also toured Ireland, the UK, Germany, France, and Russia with groups or shows including Celtic Spree, Irish Legends, Rhythms of Ireland, Fuaim Chonamara, and Fuinnimh, and has performed live in front of over 50,000 people at the Interceltique Festival in Lorient for two consecutive years. 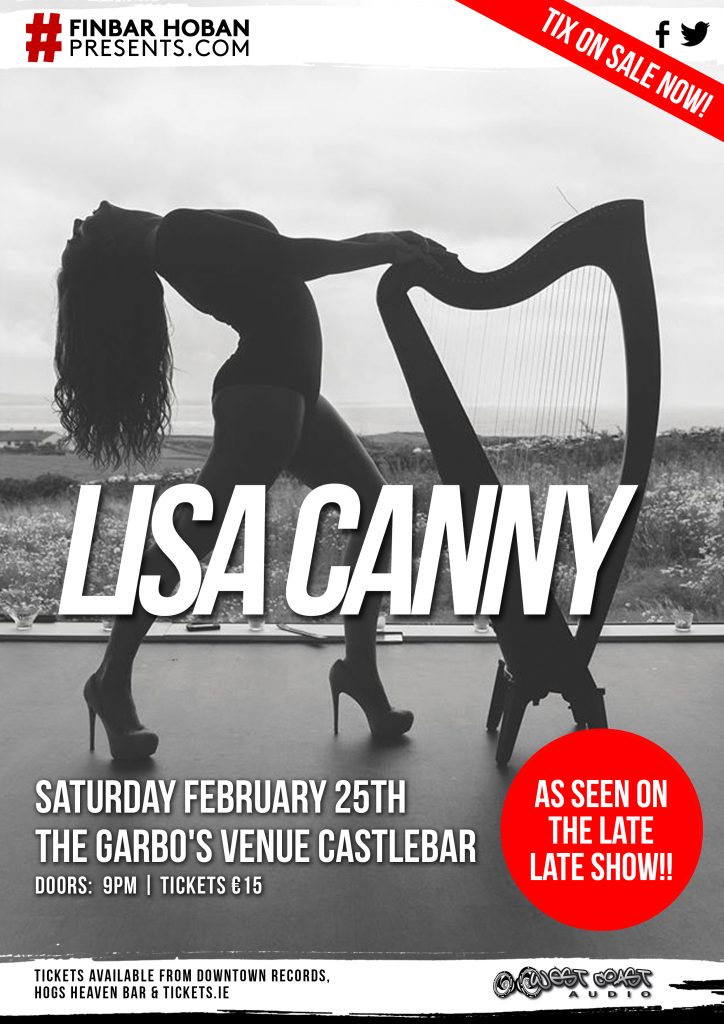 In September 2012 Lisa went to ASCAP’s songwriting retreat in France. She was invited by Miles Copeland (former manager of The Police) after he saw her perform in the States. During her time in France Lisa worked with some of the biggest artists, songwriters, and producers in the business including Priscilla Renea (Rihanna, Madonna, Selena Gomez, Cheryl Cole), Jodi Marr (Mika, Paloma Faith, Ricky Martin), Hillary Lindsey (Carrie Underwood, Faith Hill, Taylor Swift, Tim McGraw), Julian Emery (McFly, Lissie), and Claudia Brant (Barbara Streisand, Josh Groban, Michael Bublé) to name but a few! Tickets for Lisa Canny live at The Garbos Venue are on sale now and can be purchased from Downtown Records and Hogs Heaven Bar in Castlebar, further info visit finbarhobanpresents.com