We spoke with Mervin a while back and he explained the song writing process behind one of his biggest hits “KITCHEN KETTLE”. Mervin brought a camper-van a few years and regularly hits the Irish music festivals with his guitar in hand.

According to Mervin, The seed from which this song really came about from learning a cover by Tom Petty. Won’t back down. When I was playing it I started picking certain strings with the chord progression which sounded all right and that’s the way id play it. Then after singing the song every time id pic up the guitar I burnt it out and that’s when I usually veer off track and bring a bit of a song with me. I was in good form it was Friday eve just in from work, I picked up the guitar, started banging out the g and d chords followed by c and d pretty simple stuff really, then introduced the same kind of technique in which I was using to play won’t back down and then boom that’s fucking it onto something here. 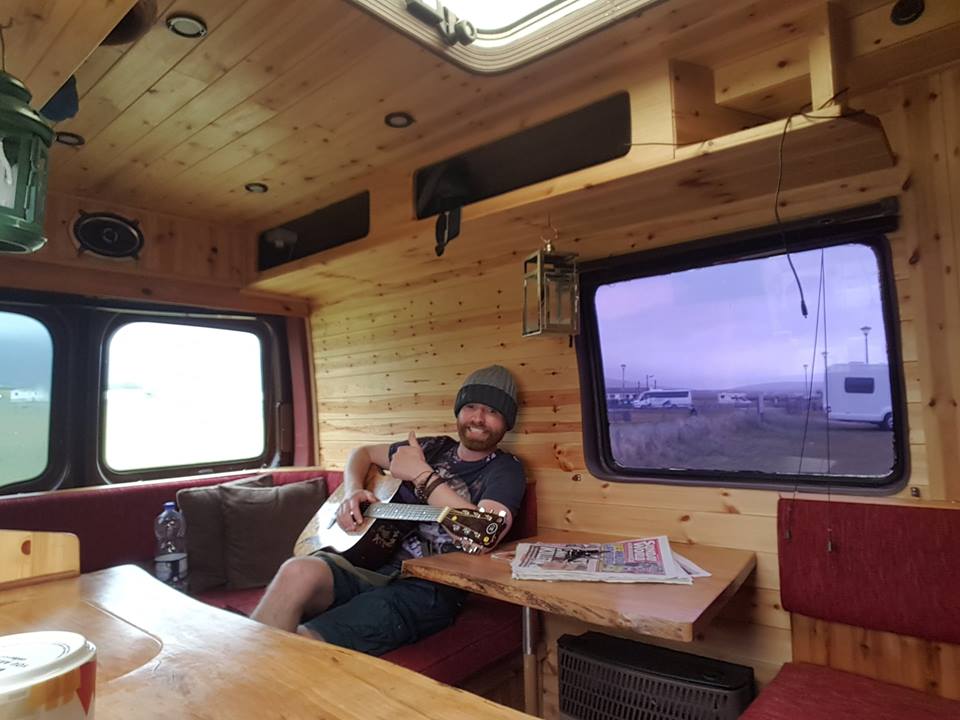 Mervin Heverin is a plumber by day and musician by night

It was sounding catchy and the rest just followed. Rolling me R errs the melody of the song the lyrics I had it wrote in about 10 minutes on the back of an E S B envelope on the kitchen table. I Enjoy writing simple catchy songs with nice melodies,. Earworms and I think I nailed it with this one but ill let you be the judge of that LoL. Asked my mate Kieran Lenehan would he record it in his recording studio and when I brought It to him we had it down in about half an hour then the fun began.

He was the one who thought up of a lot of the sound effects but to make it a bit a crack we started messing around with recording crazy sound effects like a converse shoe scraping on the ground, the sound of a hand rubbing fast horizontally across a radiator, a little jar of cloves as an egg shaker, a 17 spanner used as a triangle all used as sound effects in the mastered Track. Great fun recording it. My mate Jason Nolan a professional videographer was more than happy to make the music video with me. And fair play to Aisling too. The song has been nothing but a good laugh, nothing to serious and an enjoyable experience for every1 involved. Hope you Enjoy Kitchen Kettle