Metallica Tribute outfit Whiplash are finally making there way to the Garbo’s venue in Castlebar!

Whiplash will be making there way to Garbos on Saturday March 12th,

Whiplash are Ireland’s leading Metallica Tribute band from Galway, Ireland and were formed in the late 1990’s.They started in the late 1990’s by current members and longtime friends and Metallica fans Martyn Weesjes (guitar/vocals) and John Cullen (Lead guitar) and are now also joined since
2013 by Keith Hughes on Bass (returning member) and Brendan Kenny on Drums. 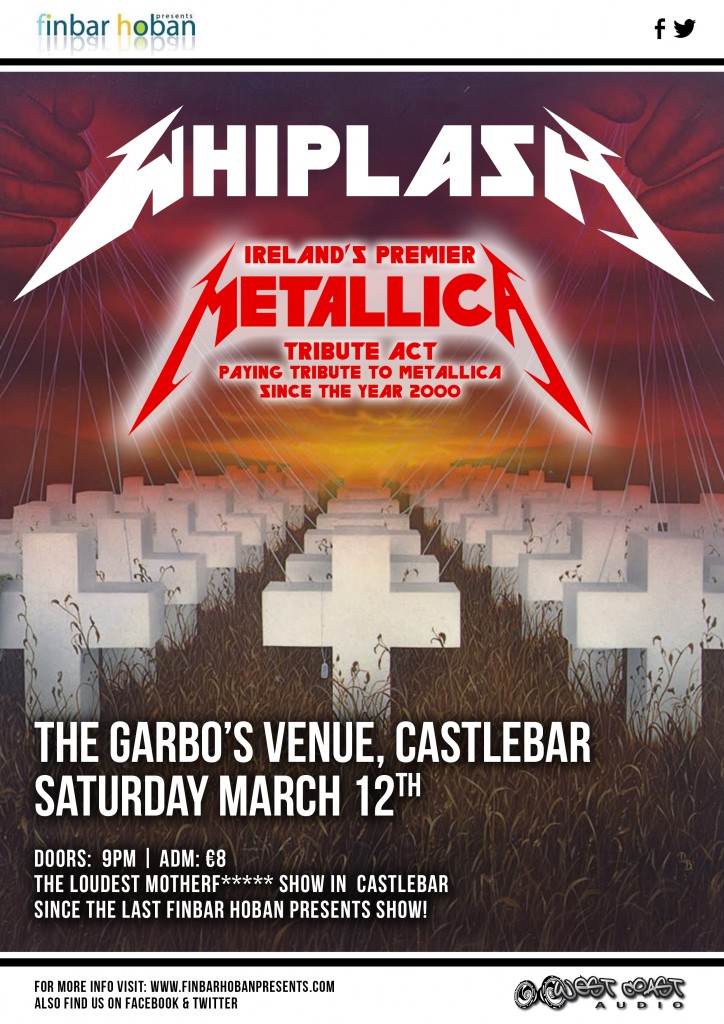 The band spent many years gigging around Galway since 2000, but in 2013 and with bigger goals in mind they took the band to another level and have since played all over Ireland in Dublin, Cork, Sligo, Galway, Ennis, Donegal, Newry, Mayo and Nenagh to name but
a few places and making return visits and also playing many more counties going forward. Whiplash are now well established all around Ireland by putting on high energy, professional Metallica shows, replicating the sound, image and vibe of a Metallica’s Live
show.
They have a large catalogue of songs spanning all Metallica era’s but their main passion is Kill ‘Em All through to the Black Album era but they also cover some newer songs. Their large catalogue of songs including classics like One, Master of Puppets, 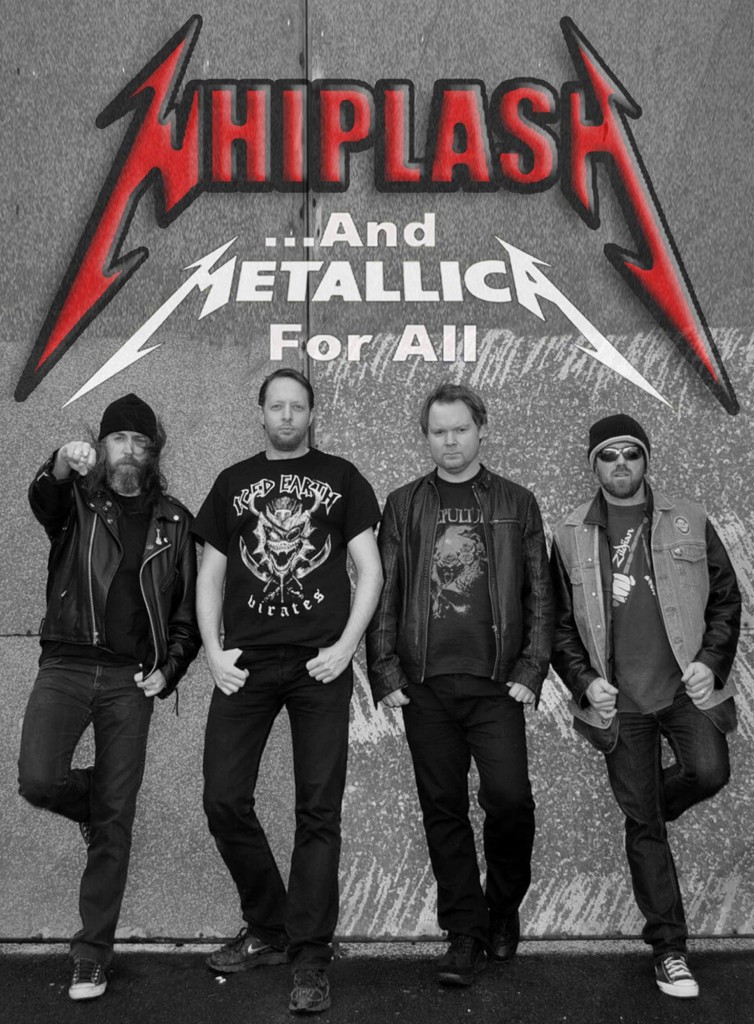 Whiplash are dedicated to playing the songs as close to the originals as possible and to incorporate the Metallica live vibe and sound in their shows. And as they are all huge Metallica
fans, they know how to achieve this.
This is a great opportunity to hear the music of Metallica played the way it should be played and with the live vibe and sound that Metallica are known for.

Get your metal assess up to Garbo’s in Castlebar on March 12th for what promises to be an unbelevable show.