I guess you could say that I was a late comer to this movie. The first time I got to see Paris, Texas was through a friend of mine upon visiting him one night in Dublin.

Usually catching the train to Dublin was always a memorable trip as I’d always come back with something new of a new band that caught my ear or eye and I’d always discover new movies.

Thought I’d take a little break from the music today and talk to you about a movie that means a great deal to me.

Directed by Wim Wenders and starring (Harry Dean Stanton) who is a tattered and disoriented man who is found wandering in the desert by his brother Walt (Dean Stockwell) after a four-year absence. During this period, Walt and his wife (Aurore Clement), who run a billboard business in California, have raised his son Hunter (Hunter Carson). 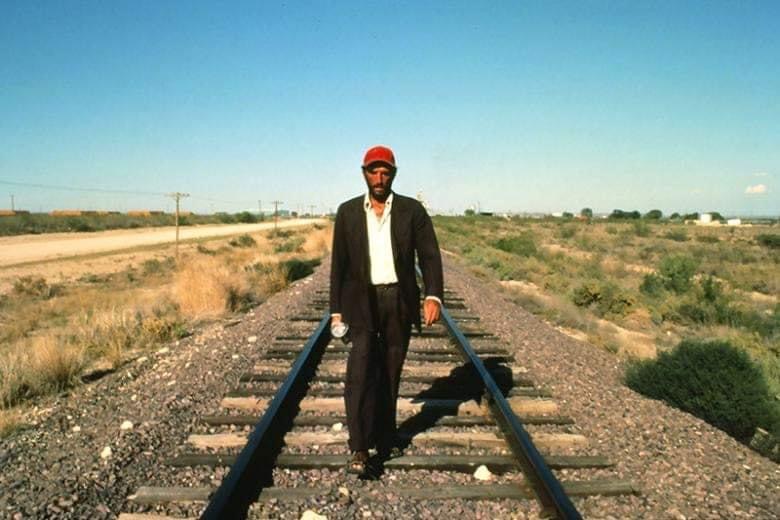 Harry Dean Staunton puts in a memorable performance as a tattered and disoriented man who is found wandering in the desert by his brother Walt (Dean Stockwell) after a four-year absence.

With great patience and gentle concern, they give Travis the space he needs to put his life back together again and reclaim his relationship with Hunter. Then father and son leave for Houston to find the boy’s mother, Jane (Natassja Kinski). She now works in a peep-show parlor where men talk to women through a mirror. In this bizarre setting, husband and wife try to untangle their troubled history. Travis decides to wipe away the sins of the past which include domestic violence by returning Hunter to his mother’s care. It is an act of redemptive love. 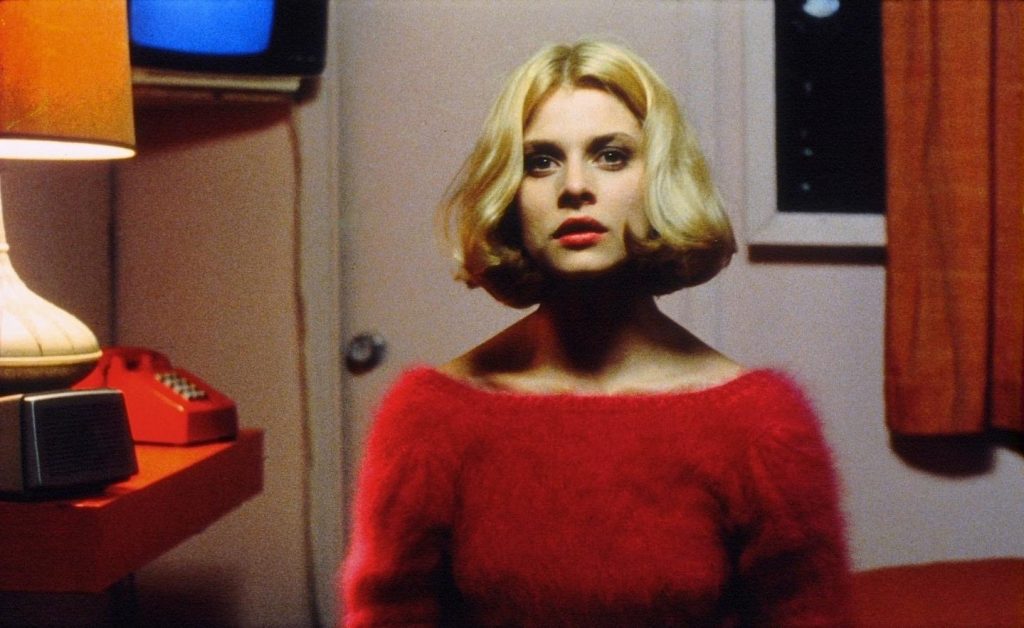 Natassja Kinski Character works in a peep-show parlor where men talk to women through a mirror.

Paris, texas is a lengthy and quirky movie that is greatly enhanced by the evocative cinematography of Robby Muller and the sensitive music of Ry Cooder. Harry Dean Stanton excels in a role that finally taps into the talents of this incredibly expressive actor. The storyline, with its accent on the lost who are found and the surprise of selfless love, has a spiritual quality that seems well-suited to the desert setting of the film. 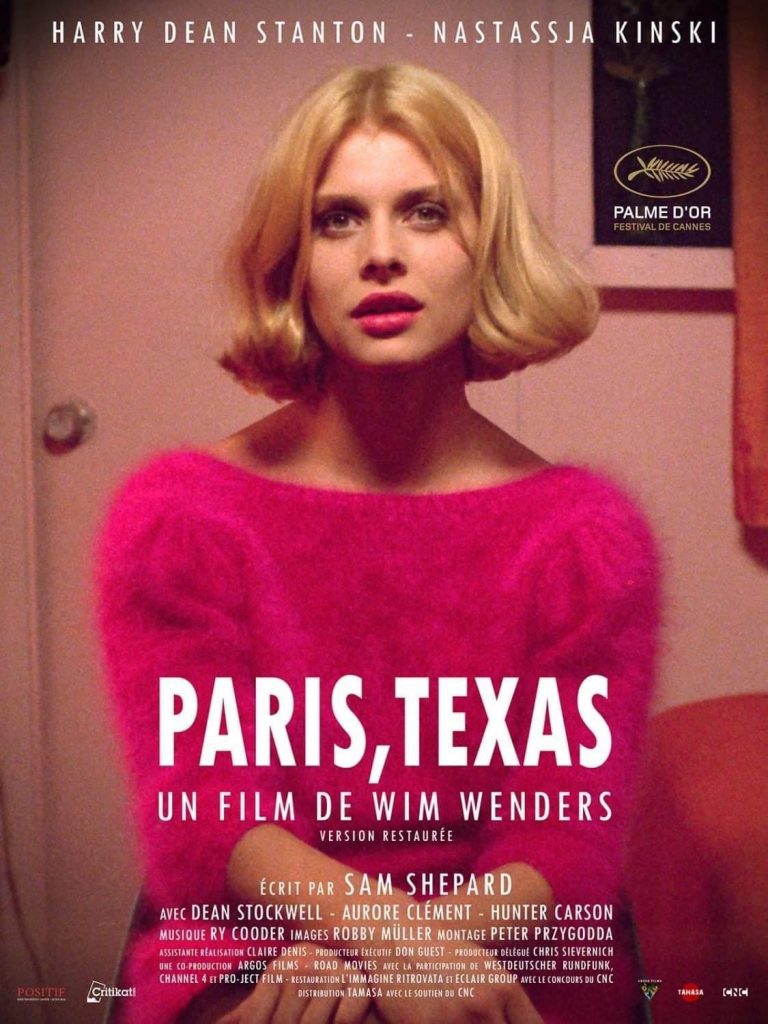