The style is known as post-rock. Godspeed You! Black Emperor are among its pioneers. The effect is particularly striking in their live shows, where the congregational aspects of their work come over strongly.

With their Book of Revelation-influenced imagery, anarchistic ideals and loud instrumental proclamations of doom, they resemble a sect of religious dissenters, like the Ranters in 17th-century England. I was lucky enough to catch them live at Vicar Street a few years. Yes their live shows are atmospheric and interesting. 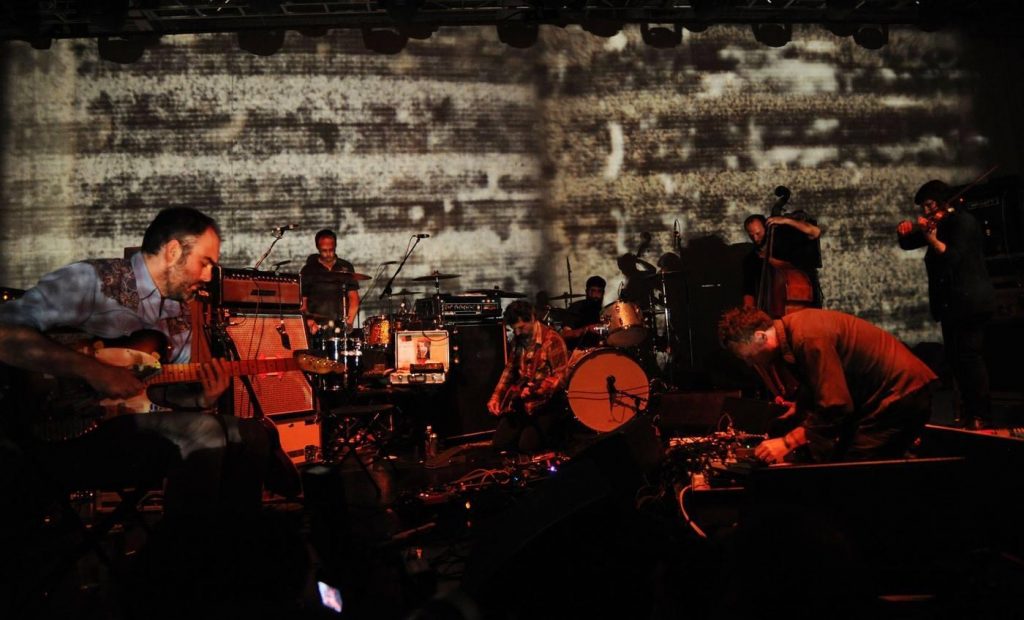 The Montreal band respond to our apocalyptic times with the atmospheric ‘G_d’s Pee AT STATE’S END!’

G_d’s Pee AT STATE’S END! responds by dialling down the exhilaration of their self-described “joyous difficult noise” while maintaining its heaviness.

Over the course of two 20-minute instrumentals, guitars churn with low distorted riffs and long droning tones. There are repeated melodic motifs and tolling rhythms. Aidan Girt’s and Timothy Herzog’s drumming is solemn; at one point the beat reaches a gallop, but adrenaline-provoking excitement is rationed.

If you are fan of the group you will have no complaints here.