No strangers to the stage, long-time friends and bandmates Oggan Ryan (guitar/vocals) and
Colm Jennings (drums) previously performed together in Dublin-based band Pyramid Hill,
playing in some of Ireland’s most renowned venues. These include Whelan’s, The Workman’s Club and The Button Factory, as well as main stage performances at Sea Sessions, wherethey shared the bill with The Dandy Warhols, Kelis, Walking on Cars and The Strypes,amongst others. 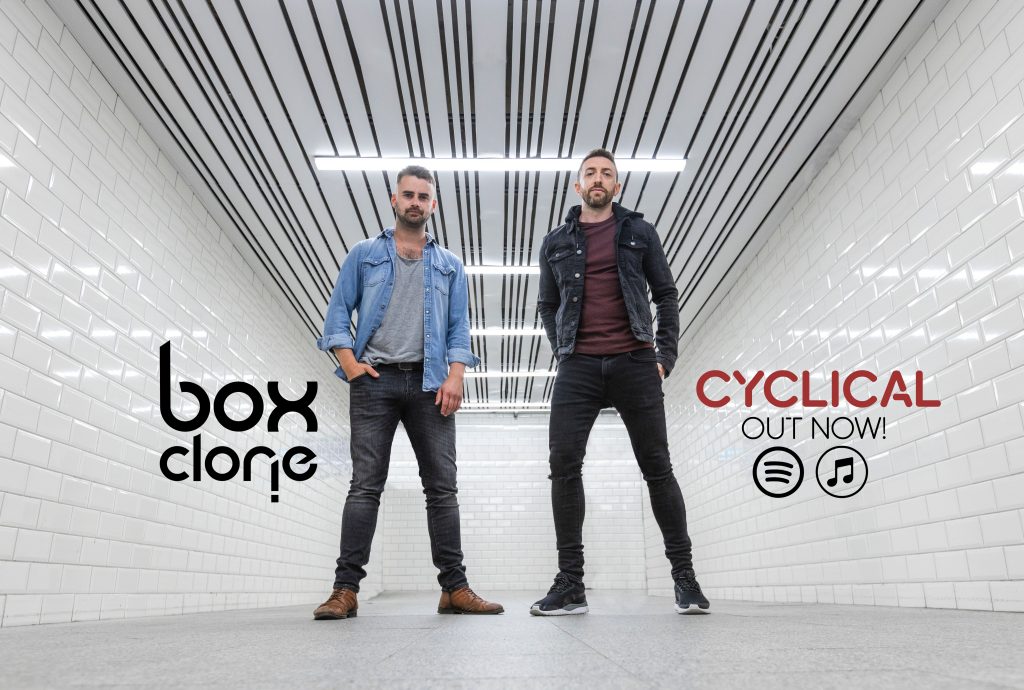 Having spent the vast majority of lockdown writing and recording, the pair are now ready to
unveil their latest project, ‘Box Clone’, to the world, with their debut single ‘Cyclical’.