There are not many bands in Ireland right now that have that ‘cool’ quality. Although NewDad are an exception. After releasing three interesting  singles over the past fifteen months that would make the ‘John Peel’s or shoegaze  fans of this world happy NewDad finally release an EP full of luscious ear candy music tilted ‘Waves’. 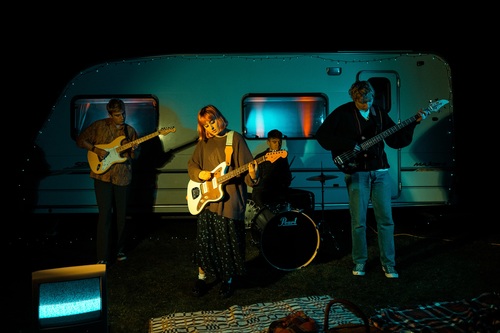 NewDad are a promising up and coming band from the West Of Ireland that have being making impressive music over the past year.

There are tracks on this new EP like opening track ‘Drown’ and closing track ‘Waves’ that finally restore faith in the Irish Music scene.

Other Irish acts we suggest you should take a listen to right now are Just Mustard, Ailbhe Reddy.

In the meantime check out NewDad’s new EP ‘Waves’. We think it is something the band should be incredibly proud of and a stepping foot forward for Irish music.