Friday is here again and today we decided to take a brief look at our top three favourite movie soundtrack’s and the ones that have inspired us the most.

We spoke before how sometime Movie soundtracks can either make or break a movie, also the movie must also have substance and a good story line with talented writers.

THE GOOD, THE BAD, AND THE UGLY.

As a kid i was introduced to a lot of Westerns from a very young lad in Castlebar.

My dad and would watch them late on a Friday or Saturday night when i was about 6 or 7 years old.

We loved SHANE, GUNFIGHT AT THE OK CORALE amongst others  but you could never beat a Sergio Leone movie with Clint Eastwood starring in it.

I was very young the first time i got to see Clint Eastwood don that iconic cowboy hat. But i can still remember it as if it was only yesterday!

The man with no name

It told the story of an uneasy alliance against a third in a race to find a fortune in gold buried in a remote cemetery. It starred Clint Eastwood, Lee Van Cleef and Elli Wallach, it was released in 1966, but it was Ennio Morricone’s soundtrack that made the film work from beginning to end. A great film with a really great cast!  Check out the main thene below,

In at number two we have what is considered as the scariest movie ever made, The Exorcist. Although Mike Oldfield Tubular Bells was not directly recorded for The Excorist when it was released in 1973. The track was recorded when Oldfield was only 19. 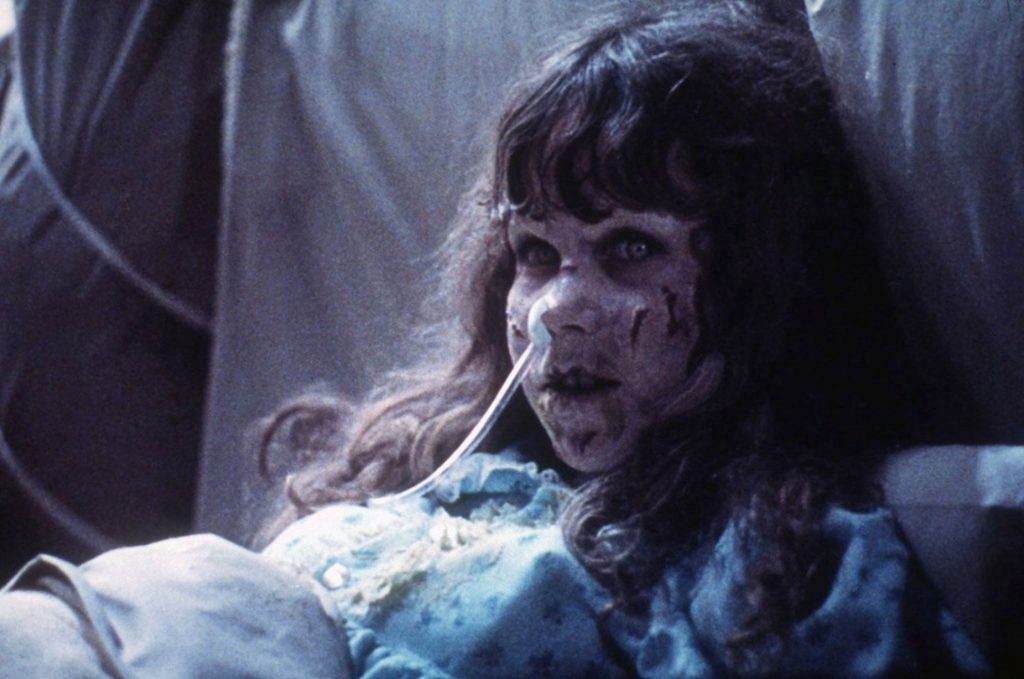 A young Linda Blair in The Exorcist 1973, the movie and its theme it became associated with still strike a chord today

It did not immediately take off and was relatively unknown until it was used for the movie THE EXCORSIT upon it’s release of the same year.

It wasn’t until 1974 before the track itself began to gain attention in the UK, Canada, and Australia.

In 1974, it reached number one in the UK, Australia and Canada, and number three on the American charts.

I listen to this a lot on the run up to Halloween, i often turn it up real loud to try and scare my neighbours in Castlebar. I recently got to purchase an original copy on vinyl from its release in 1983. The album did not see an offical release until 1983 in the USA through Varese Sarabande records, they are synomous with the release of a lot of great horror movie scores.

This for me is the ultimate movie soundtrack, from its main theme that everyone is very familiar with right through to the end of the album!! 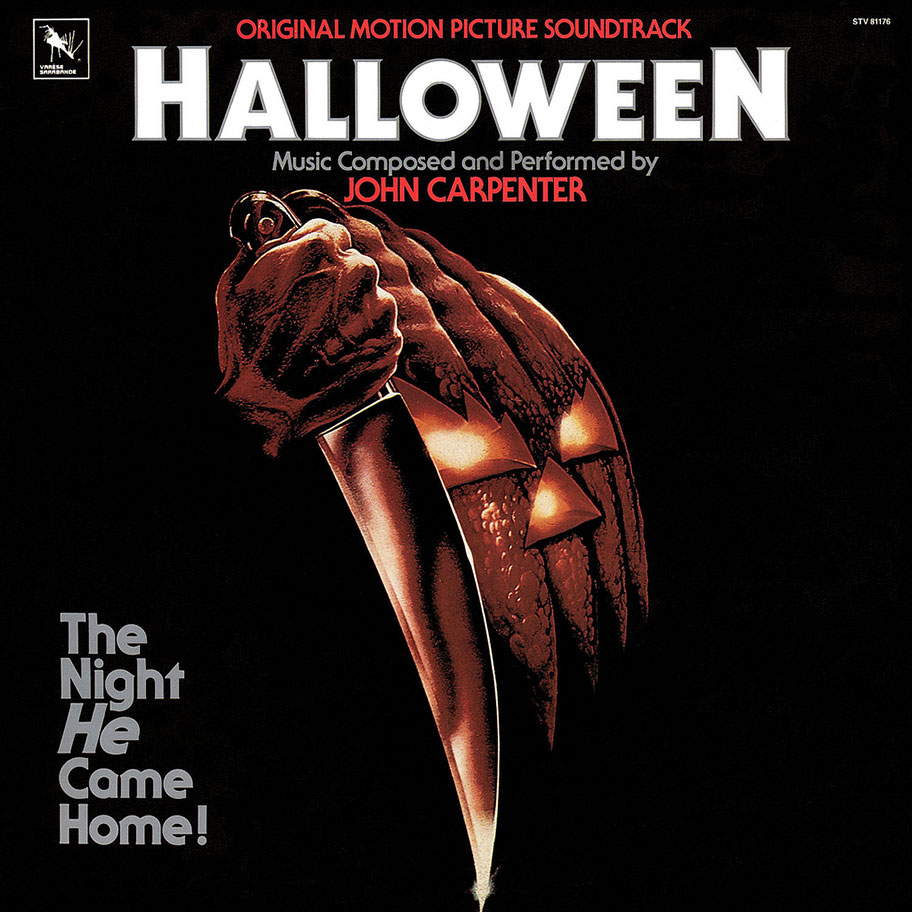 Halloween was written in approximately 10 days by Debra Hill and John Carpenter.

. It was based on an idea by Irwin Yablans about a killer who stalks baby-sitters, tentatively titled The Baby-sitter Murders until Yablans suggested that the story could take place on October 31st and Halloween might not be such a bad title for an exploitation-horror movie.

According to John Carpenter himself the rhythm of the theme from Halloween was inspired by an exercise his father taught him on the bongos in 1961, the beating out of 5-4 time.

The themes in the movie were associated with Laurie (Jamie Lee Curtis) and Dr. Loomis (Donald Pleasence) now seems to be the most Herrmannesque looking back on it!