During times of uncertainty it is always very satisfying to know that there is musicians in Mayo who continue to fight the good fight during these trying times. I began this blog in early 2019 with the objective of supporting bands and artists in the Mayo area and since then the demand for features on the blog has become huge and yet sometimes,  overwhelming. But I’m not complaining, whenever I receive new music from Mayo artists I always get very excited because I know there are musicians out there who continue to get on with it even though musicians and bands are living through a very difficult time in our history.

So I was even more delighted to hear that a new Mayo/Sligo band were getting ready to release a new single and EP. The band’s debut single ‘No Place to Go’ reminds us of early Kerbdog and this is not a bad thing at all. But who are this new Mayo/Sligo band?

Magnetic Monopole are a groovy metal band from the Mayo Sligo border. They release their first, self-titled, EP this Friday . In advance of that their first single “No Place To Go” is officially released today November 3rd. (See video below)

The band formed in early 2019 when guitarist/vocalist Ismael and drummer Conor felt the need to play some slower and heavier music, a slight detour from the bands they were playing at that time (Tension Head and Shithatt). 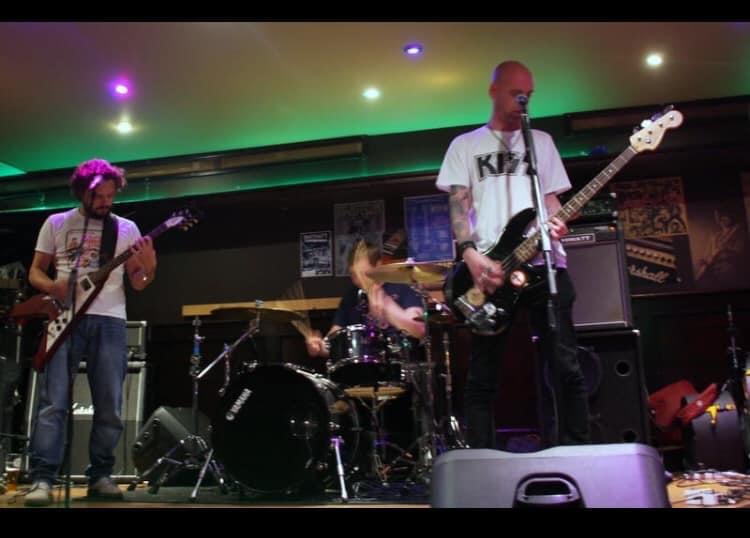 Mayo/Sligo outfit Magnetic Monopole formed in early 2019 when guitarist/vocalist Ismael and drummer Conor felt the need to play some slower and heavier music, a slight detour from the bands Sound

After a few months of intermittent practice they had enough material to justify involving another person. So Sid, also of Tension Head and Shithatt, got the call to add some low frequencies. In October of the same year they played their first gig. Since then like everyone else their progress has been somewhat halted. But luckily  found enough time between lockdowns to record this EP.

The EP will be released digitally by the band and physically by Ballina label Wahshtuff Records. In keeping with the themes of some of the songs the CDs will be hand made using mostly recycled materials. The CD will also contain some extra live tracks. It will be available from both the band’s and label’s Bancamp pages. In the meantime check out the video for the brand new track from the band below entitled ‘No Place to Go’

We are looking forward to hearing the new EP upon its release this coming Friday, stay tuned for more info.