Wooww!!! Has it being almost 28 years since the brilliant Rage Against the Machine released their debut self titled album? The cover features a photo of  a Vietnamese Buddist monk in Saigon in 1963.

The monk was protesting President Ngo Dinh Diems  administration for oppressing the Buddhist religion. The photograph drew international attention and persuaded U.S. President John F . Kennedy   to withdraw support for Ngo Dinh Diems   government. It was taken by a photographer called Malcolm Brown and the photo won world press photo in the same year in 1963.

The cover has become iconic in Rock music. The album is very political. I remember hearing “Killing in the name” at a townhall disco in Castlebar in the nineties. I was immediately hooked!! From the get go these guys meant business. They were angry young lads  and for a very good reason. 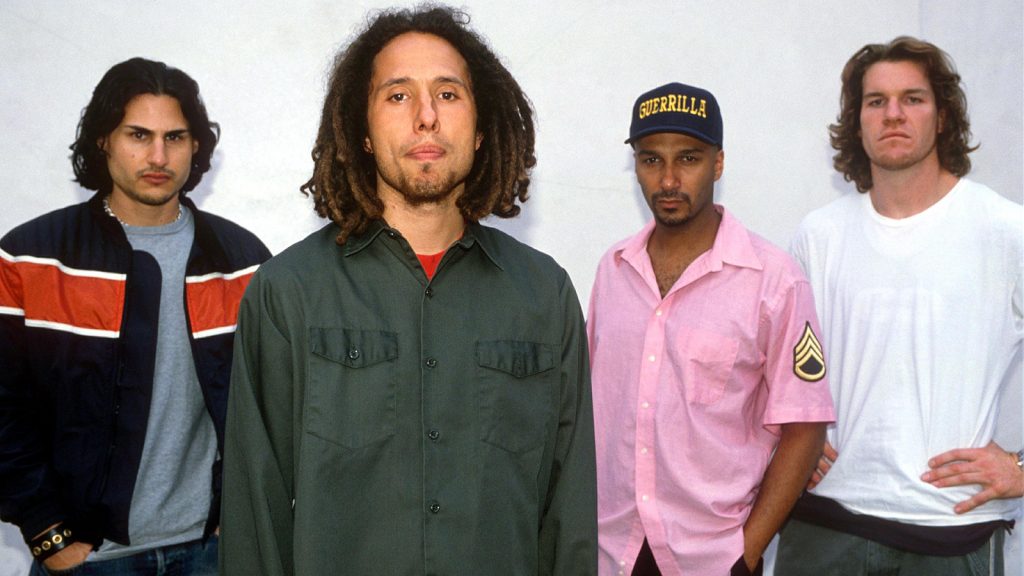 In November of  1992 Rage Against The Machine released their debut album to the world and by god did it leave an impact on the rest of us. The statement “no samples, keyboards or synthesizers used in the making of this record” can be found at the end of the sleeve notes. Similar statements were made in the band’s subsequent albums. The band also refer to themselves as “Guilty Parties” for each album.

It is an album that still after all these years i return and listen to. If you are having a bad day, bad week, bad month or even a bad year Rage Against The Machine’s debut most certainly still packs a very heavy punch after all these years and still send a strong political message out into the world.

For those of you who know the album very well i dont think there is really anything else i could probably say about the record except it is defintely known as one of those records that you must listen to before you die.

Back in the early 90’s Rage Againnst The Machine took a stand and we all went along for the ride. In recent times BBC Radio DJ Zane Lowe named Rage Against the Machine as one of four ‘Masterpieces’. This was his best album, on December 2, 2008.[1] In October 2011, Rage Against the Machine was ranked number five on Guitar World magazine’s top ten list of guitar albums of 1992. We highly recommend checking out the album or even revisiting what is considered today as a classic album.