In the nineties I experimented a lot listening to lots of different genres of music. RON SEXSMITH’s second  self titled album was released in 1995. I was 16 years old the first time I heard this record, and man it blew my mind.

Ron was just beginning to carve a name for himself on the indie Americana scene. He was also just beginning to develop his sound and unique songwriting that was (for me personally) was miles ahead of its time. 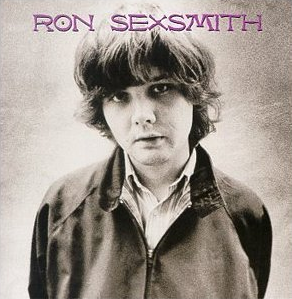 Ron Sexsmith is one of Canada’s greatest singer-songwriters. He has collaborated with the likes of Daniel Lanois, Mitchell Froom, Ane Brun, Tchad Blake and Bob Rock. His songwriting appears on albums from Rod Stewart, Michael Bublé, k.d. lang, Emmylou Harris and Feist.  He has been awarded 3 Juno Awards, having been nominated 15 times, including 8 nods for Songwriter of the Year.

Ron’s new album Hermitage, featuring the single You Don’t Wanna Hear It, is his first since moving from his longtime home of Toronto, to a more bucolic life in Stratford, Ontario.

Ron partnered with producer Don Kerr to create the album, having set up in Ron’s living room to record, with Ron playing all the instruments except the drums. Hermitage marks Ron’s 25th year as a recording artist.

This album made me embark on checking out further artists in the genre at the time that included Jeff Buckley and Leonard Cohen’s back catalogue it’s a beautiful honest record that I hope you will check out after reading this.