“JaXson” is the brainchild of Wexford singer-songwriter Luke Jackson.

Luke has been slowly climbing the ladder ever since he began playing under the moniker, JaXson, in January 2017

Singer song writer JaXson hails all the way from Wexford

Some of his recent highlights include played to a packed crowd at Vantastival 2018, playing Sofar Sounds in Dublin, supporting Little Hours in Waterford & landing a slot on the RTÉ 2FM Play The Picnic Stage at Electric Picnic!

JaXson released his sophomore single We Were Born to on 14th September, 3 days after a live version aired on Today FM’s Lost In Music. The track has been supported by Irish radio ever since and has received rave reviews from a number of blogs & magazines and was included on Spotify’s ‘A Breath of Fresh Éire’ playlist as well as being pushed heavily on Discover Weekly & Release Radar.

JaXson  is   excited to add TWO NEW SHOWS to the tour ✨

31/10 – I’m absolutely buzzing to be travelling to Co. Kerry to support Hudson Taylor in Mike the Pies, Listowel with MCD. Hudson Taylor were the first band I ever seen live back in 2013 so I was delighted to be added to the bill!

Looking forward to seeing you on the road 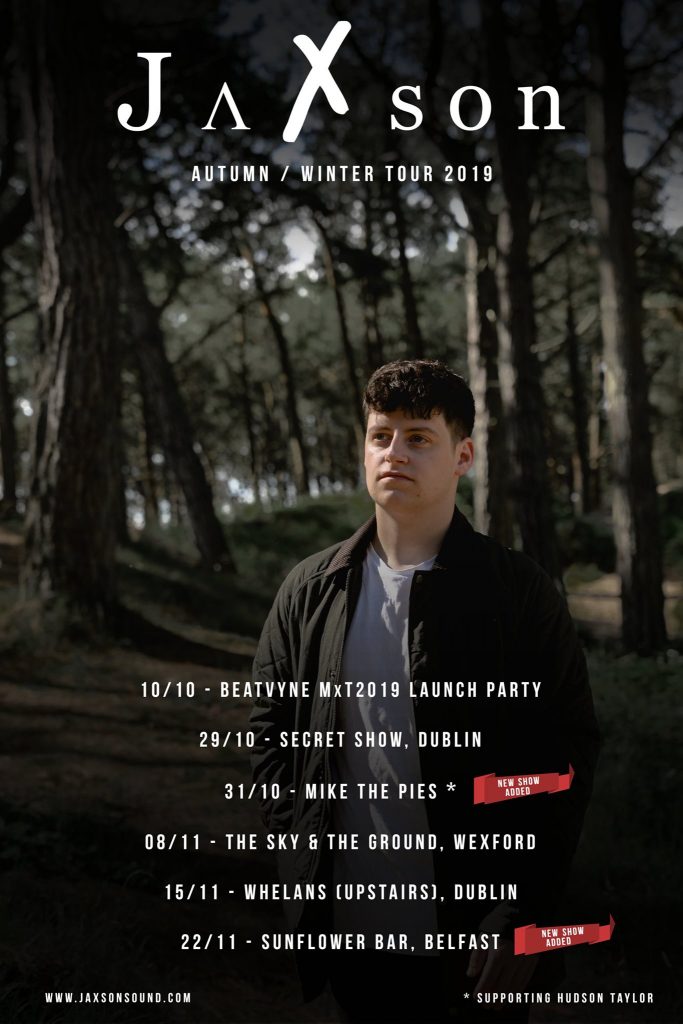