They are many great Irish Indie alternative acts emerging from Lockdown that I can not wait to see live once the scene is fully up and running again. For example, On November 20th we have three wondering Punk acts called THUMPER, TURNSTILES, and BICURIOUS coming to play The Velvet Lounge of The Royal Theatre in Castlebar. Not being biased but it is a show I can not wait for. 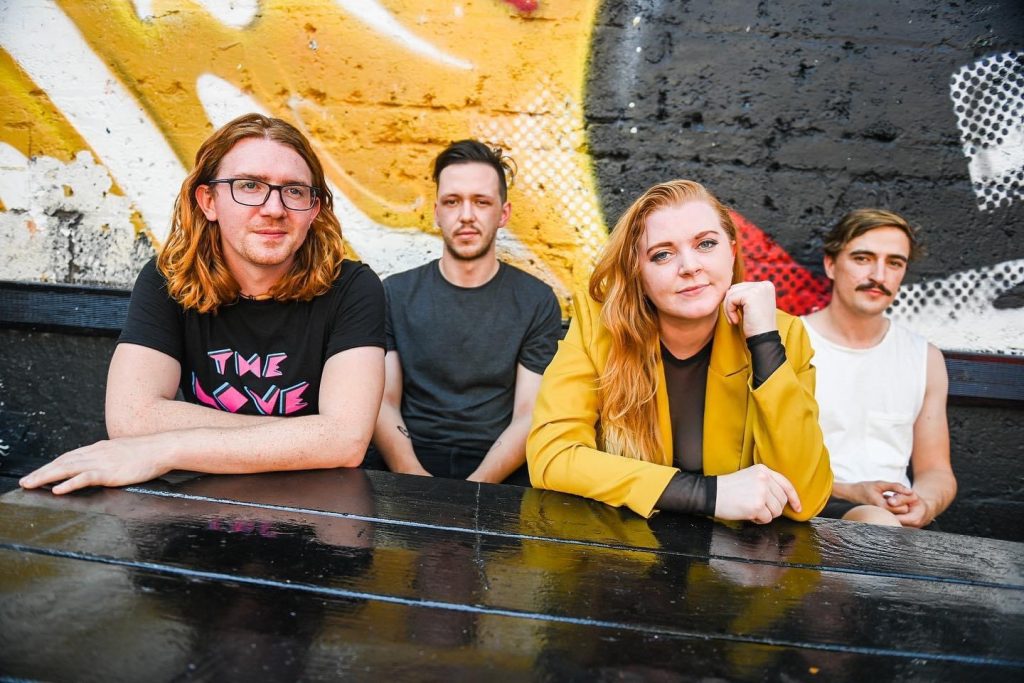 Irish act SPRINTS continue to make a name for themselves in The UK with their form of garage noise.

Although not on the bill that night, Dublin band SPRINTS have caught our eyes and ears since the beginning of 2020. The band have released a number of songs over the past twelve months. All of these tracks they have released have being outstanding.

So let me give you a little introduction to the band if you have yet to listen to them.

SPRINTS released a great 4-track EP in March of this year titled ‘Manifesto’. Every single on ‘Manifesto’ is all killer and no filler with a female vocalist that Siouxie & The Banshees proud.

Over the past few months have being receiving lots of airplay on BBC 6 Radio music whilst making a name for themselves on the Indie music scene in the UK.

Please if you get a moment head on over to the bands Spotify and give them a listen.

The bands latest release How Does The Story Go is also streaming over there, but in the meantime check their EP Manifesto below