Daddy’s Home, the sixth album from Annie Clark a/k/a St. Vincent, is the latest facet of an ever-evolving artist regarded by many as the most consistently innovative and intriguing presence in modern music. 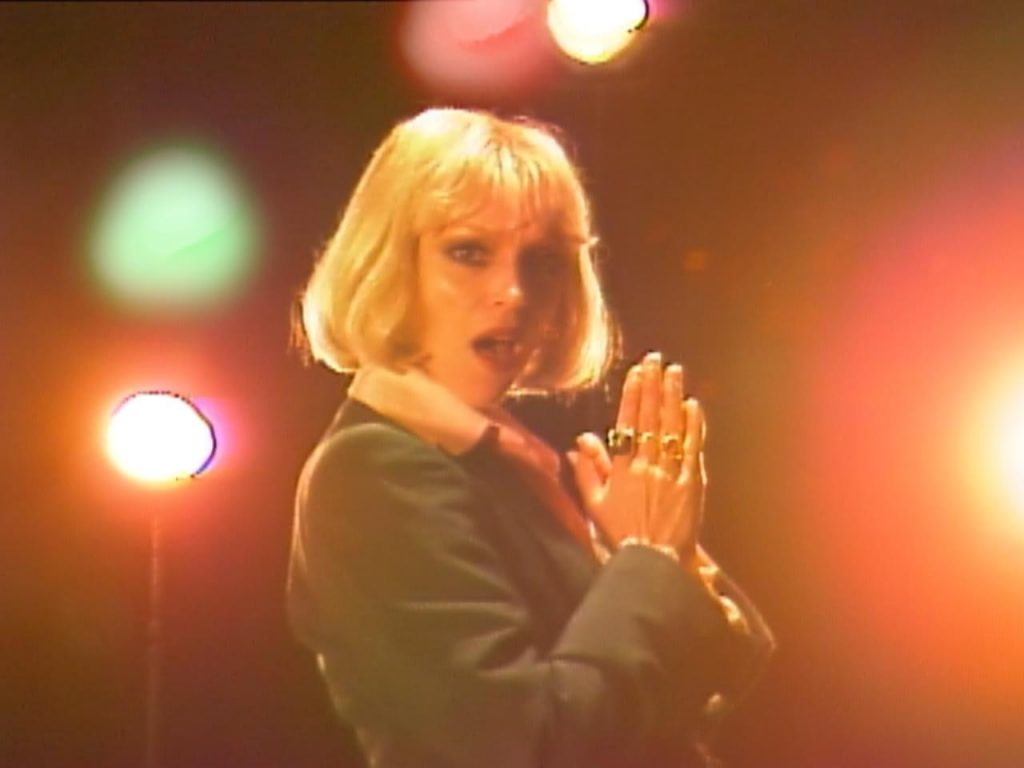 Daddy’s Home collects stories of being down and out in downtown NYC. Last night’s heels on the morning train. Glamour that’s been up for three days straight.”

Annie Clark made her recorded debut as St. Vincent in 2007 with Marry Me. Her subsequent albums would grow in stature and complexity, including Actor (2009), Strange Mercy (2011), and the self-titled fourth album that won the 2014 GRAMMY for Best Alternative Album, making her only the second female artist ever to win in that category. In addition to these solo works, St. Vincent plays nice with others: Her collaborations have included an album with David Byrne (2012’s Love This Giant), a performance as singer and lead guitarist of Nirvana at the band’s 2014 Rock and Roll Hall of Fame induction, and a 2019 GRAMMY Awards duet with Dua Lipa.

In 2017, working with co-producer Jack Antonoff, St. Vincent created a defining statement with MASSEDUCTION. As ambitious as it was accessible, the album broke St. Vincent into the U.S. and UK top 10s while landing at #1 on the Best of 2017 lists of The New York Times and The Guardian—and placing high in the year-end rankings of The AV Club, Billboard, Entertainment Weekly, Mashable, The New York Daily News, the NME, Paste, Pitchfork, Q, Stereogum, USA Today, and more.

St. Vincent’s 2018 album, MassEducation, revealed another dimension of MASSEDUCTION. Recorded live in the studio by Annie on vocals and Thomas Bartlett on piano over two nights in August 2017, the album lays bare the exquisite songcraft of its other half, rendering songs like “Slow Disco” and “Savior” and their subjects in vivid, vulnerable new light.

In the winter of 2019, as MASSEDUCTION’s title track won the GRAMMY for Best Rock Song and the album won Best Recording Package, St. Vincent’s father was released from prison. She began writing the songs that would become Daddy’s Home, closing the loop on a journey that began with his incarceration in 2010, and ultimately led her back to the vinyl her dad had introduced her to during her childhood.  The records she has probably listened to more than any other music in her entire life. Music made in sepia-toned downtown New York from 1971-1975.

Preceded by a foreboding teaser, the first full broadcast from St. Vincent’s synthesis of this era reaches us in the form of “Pay Your Way In Pain,” a slinky slab of sweaty funk—punctuated by a few examples of Clark’s ability to shred vocal cords rivaling her shredding on her signature Ernie Ball Music Man guitar. The song plays like the result of time travelers from the future having booked a session Electric Lady in the early 70s. The video for “Pay Your Way In Pain,” directed by Bill Benz (director of the forthcoming The Nowhere Inn, co-written by and starring St. Vincent), opens up Daddy’s Home’s visual world—a world in which the most forward-looking artist of an era throws herself willingly into a network TV variety hour rabbit hole.

Daddy’s Home is out May 14, 2021 on Loma Vista Recordings. Pre-Save the album now, or pre-orderyour choice of 8-track (if you know, you know…), CD, Vinyl, Deluxe Vinyl, and Cassette. Or visit https://lnk.ilovestvincent.com/Shop to pre-order exclusive picture disc, merchandise and more.

And Candy Darling lived within and presided over it all.

“And your wig, blonde, rolls home waving from the latest uptown train

02. Down And Out Downtown