It is the second song from The Finnjamins’ debut album, Tear of Data. The ten-track album will be rolled out one song at a time over the next few months, each song accompanying a music video.

The Finnjamins are an imaginary four piece band, and “four different versions of myself, four different aspects of my personality.” This imagined concept of a band, the other members represented by mannequins, is the brainchild of singer, songwriter, and multi-instrumentalist, Finn O’Reilly. 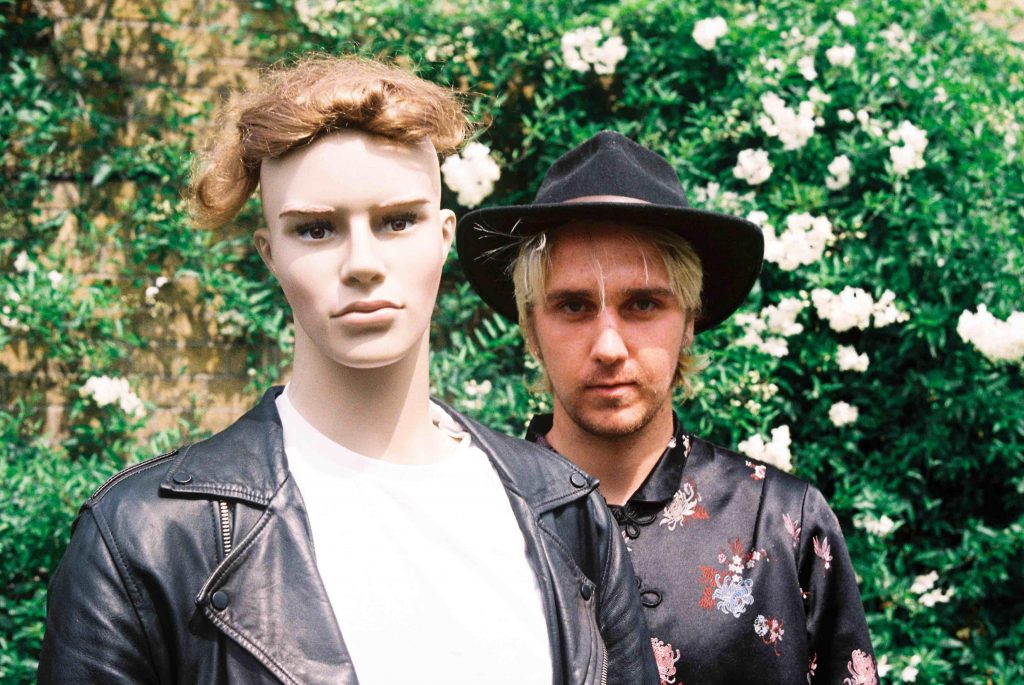 The Finnjamins have a unique sound, and a non-conventional characteristic

The song is layered acoustic instruments with Finn’s clear voice and quick vibrato sailing overtop, the setting is Dublin city when the lights go low, and the game is one you’ll never win. In this song, Finn reflects on the hedonistic nature of city life. Growing up in Dublin, being a teenager and coming of age on these streets, “The goal is always one step away from where you are, and yet we just keep going around chasing it.” The end that you’ve been promised will bring you everything you want is always just out of reach. There’s always something in the way, another object, another finish line, you never really get what you’re after and are just given more to chase. “City life just seemed to be hollow and consumerist, it lacked humanity or any sense of balance”.

What do you do in the city when the lights begin to dim? Finn ponders a culture of filling the void with some substance or other. Though he ads, “I am fully involved in that process, so its no judgement. I got fooled as well, thinking- this is gonna work!” He reflects on a time in his life when his lifestyle wasn’t in sync with what he wanted to be doing. Getting caught up in the city life, “becoming aware of the game that I was playing, and realizing that I was losing”.

Finn grew up in Dublin and began playing cello, piano, and guitar at a young age. In his teens he attended Sandford Secondary school on a music scholarship and began writing and recording music. After leaving secondary school he went through a prolific writing period, writing nearly 70 songs in a year. Tear of Data is the journey of getting the best of those songs into the world, and in Finn’s words, “Taking the time to get them all right”.