Every time i listen to the new track from Dublin outfit The Finnjamins i keep getting whisked back to the era of Grant Lee Buffalo and this is not a bad thing at all! 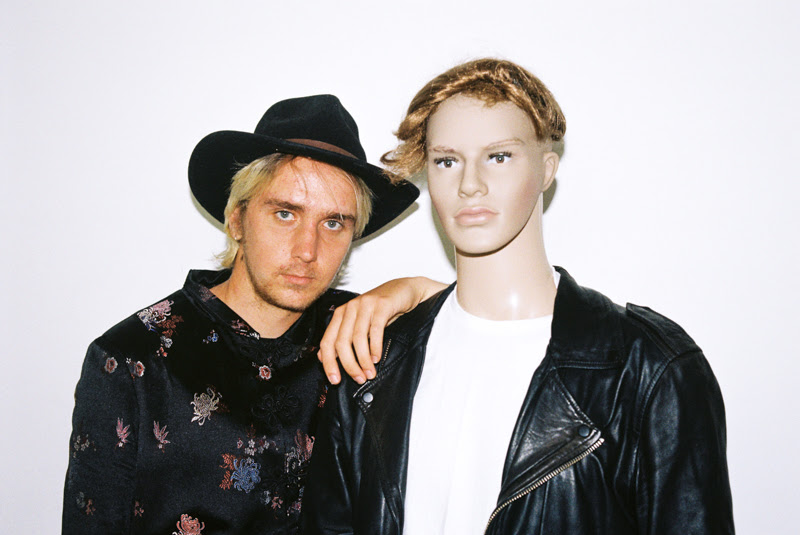 The Finnjamins, one real boy and three pieces of plastic, release the fourth single off their upcoming debut album, Tear of Data. The ten-track album will be rolled out one song at a time over the next few months.

The Finnjamins, one real boy and three pieces of plastic, release the fourth single off their upcoming debut album, Tear of Data. The ten-track album will be rolled out one song at a time over the next few months.

The Finnjamins, an imaginary four piece band, the other members represented by mannequins, are the brainchild of singer, songwriter, and multi-instrumentalist, Finn O’Reilly. As the album builds Finn has been developing the mannequin concept through the music as well as through visual aspects of the releases.

The mannequins have come to illustrate Finn’s commentary on the Plastic elements of the music industry. They represent what the industry promotes more than anything else, which is image. Finn says, “In a lot of cases, you could replace the people on stage with mannequins, and it wouldn’t make much of a difference.”

Finn says, “I’ve always loved making music, but the first thing that made me not want to do it was this idea of image, having to look or act a certain way.” He goes on to say that image is something constant and fixed, but he, and we all, are changing all the time. The mannequins have come to represent the idea of a fixed image, something that doesn’t move or change. A characteristic of a celebrity, they embody the abstract imagery created by social media that provides only a static, projected image of a person.

The title stems from the idea that we all have the same human experiences and challenges, we all must face and walk through the same Doors. Though different sizes for different individuals and experiences, the Doors themselves are all the same, The bigger the Door, the more daunting it can be to face it. But finally passing through it is necessary. As you grow, learn, and experience life, the Doors that felt massive now feel smaller.

The track was produced by Brendan Jenkins, mastered by Kevin Brennan (Wavefarm Productions).

All quotes direct from Finn O’Reilly.