It is fair to say that over the last 30 years, Ireland has given its people  some wonderful bands and artists who have prospered through hard work and community support. From rockers Thin Lizzy and U2 to Kerbdog and Therapy? this country has given us some of the best music talent the world has ever seen. These bands however would be nothing without one simple thing. Community. The two friends that go to your first gig at an empty bar, the butcher who advertises your gigs on his shop window, the promoter who wants to give your band exposure. Every little thing adds up to a bands profile, at the end of the day, success/recognition whatever you want to call it is not handed to people on a plate. 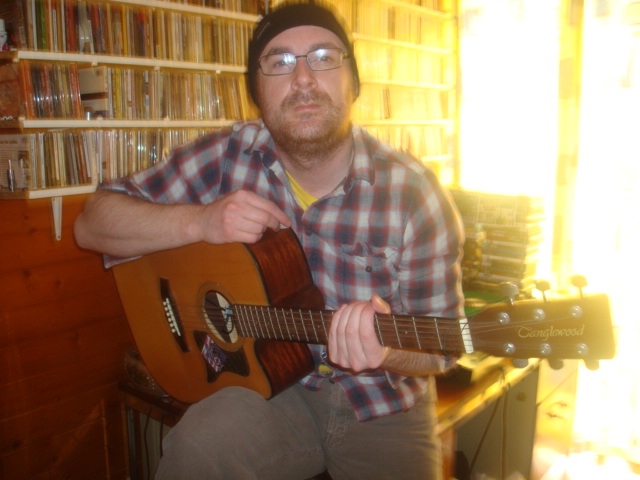 And in the year of 2013, the Irish music scene continues to boom with bands and artists alike such as Snow Patrol, The Coronas and the Delorentos making their mark and building their legacy for years to come. Usually, when a band tours around Ireland, cities such as Dublin and Belfast are the places to visit, with counties such as Mayo and other western regions being nothing more than just tumble weed ghost towns for live concerts and events. One man dares to change that. Finbar Hoban has been promoting and organising live concerts in the west of Ireland in his native town of Castlebar for the last 6 years, bringing both Irish and International bands into a town that has been starved for live events and concerts for far too long.
“I got into the promoting business in 2008 but I had a previous history of putting on DJ events around Castlebar since September of 2001. When I first started out I never saw it as a business opportunity, I believed in doing something for the town of Castlebar. Most of the local live music venues around had shut down around that time so I suppose I saw it as a great opportunity of taking the bull by the horns”
Finbar has been involved with the music scene in the west of Ireland for a long number of years with his first Jaunt, being the resident DJ at Castlebar’s The Humbert Inn (Which unfortunately closed its doors seven years ago). “I started off my DJ Carer in September 2001, it was mainly a soul night which consisted music from artists’ and bands such as Funkadelica, Otis Redding, James Brown, Parliament, Gelt McDermott and his Natural Hairband. There was a great soul and ska scene in Castlebar back in those days and we all followed a big scene that consisted of these acts.

Eventually I got a more stable DJ gig in a venue called Rowland’s Bar thanks to a gentleman called Keith Murphy with another local DJ called Jonathan Moran. We both played in Rowland’s on a regular basis from 2005 to 2008”
After Rowland’s had shut its doors in 2008, Finbar decided to continue his involvement with music by becoming a promoter for live bands and acts. Since setting up stock and going under the moniker of ‘Finbar Hoban Presents’, the promoter has brought in a wide range of acts and artists into Castlebar including Adebisi shank, And So I Watch You From Afar , Jape, The Redneck Manifesto, Kerbdog, and Blaze Bayley (who once was the lead vocalist for British heavy metal act Iron Maiden).
The job of being a promoter however is not easy and can be a very risky game if the dice is not thrown properly. “Even though we do have a small student population in Castlebar I find it very hard to motivate this scene at times. Your geographic is a big thing to take  in to consideration. It’s a tough time to be running any independent shows right now as people just don’t have the money to attend gigs anymore. It’s a day to day struggle and it’s the same for an independent artist or band, but if you have the heart and the passion and if you are talented enough and stick with it, eventually you will begin to see the benefits in the long term.”

Generally speaking, Finbar Hoban’s main goal and objective is to promote and expose both young and old original talented bands. “ I get really tired of walking into a bar in Castlebar and hearing a bad cover of “Whiskey in the Jar” or “Fisherman’s Blues” from the Waterboys and often think to myself, hang on here a second, we are much better than this. I know a lot of solo artists and even bands in the area who are writing and recording their own material right now, but my question is how come local publicans are not supporting these guys enough?  Our landlord’s are the ones to blame for this.  This is a simple fact; these guys don’t want original bands playing in their pubs or restaurants. They want the same old ding dong. “Oh yeah play “Freebird” one more time. I’m sick of that. But they don’t care as long as the punters keep on rolling through the front door.  I want something new; this is one of the main reasons on why I started running live events in the Castlebar area. “
Although times are tough and with the country in the deep end of the nation’s worst recession in living memory, live concerts and events it is fair to say have played a huge part in modern day culture and entertainment, and now with recommendations from friends of peers, word of mouth is helping to spread this activity all around Ireland and not just the capital city of Dublin. “Who would have thought Adebisi Shank, The Redneck Manifesto or even And So I Watch You From Afar would have ventured further from Galway to a little town in County Mayo called Castlebar. I also got offered Thurston Moore who is the lead singer from Sonic Youth a few months ago but then the show was re-routed to Galway but we are beginning to see more and more international artists and bands venture outside of Dublin and play more regional shows around the country.”
Having booked some of the country’s most renowned live acts, some people would stop right there, rest on their laurels and move on to another venture, but not Finbar Hoban. “I want to see Castlebar’s music scene prosper. There is far too much negativity in the area. People need to be positive and come out and support live original music. It’s still a mission for me and this mission has not yet stopped. I’m in this for the long haul. “
And with people like Finbar Hoban continuing to buck the trend and bringing in and promoting new and old live original bands, it is fair to say that Castlebar and the west of Ireland’s music scene is in rude health.

Interview conducted by Luke Dunne May 2013