Skip to content
We just received info on the brand new ep and new track from The Last Vinci, and we are delighted to say that these guys seem to like a bit of mischief and not only that make great music. The band have loads of tour dates lined up which you can check out at the bottom of this feature.
We are delighted to be able to introduce you to the brand new track from The Last Vinci  called “Narrow Door”, the new Single of The Last vinci that will be out on September 24th.
“Narrow Door” will introduce the new EP “The World, Enda Kenny, the Devil, the Vegans and all the millennials shit” out on September 27th (Narrow Door Records). The EP will be supported by a tour between Ireland, Uk and Italy , See dates and links to the band’s Facebook page, Instagram etc below, 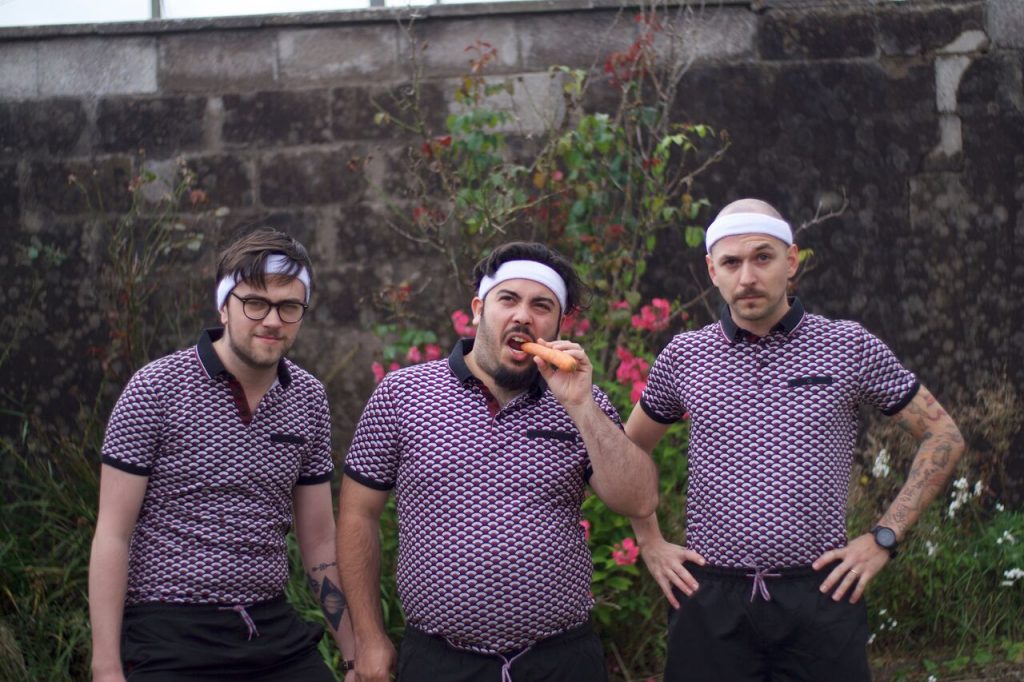 The Last Vinci will release their new EP titled “The World, Enda Kenny, the Devil, the Vegans and all the millennials shit” out on September 27th (Narrow Door Records)

The Last Vinci is Alex Vinci; a heavy rock melodic artist from Cork, Ireland,
formed on 2011 after Alex moved to Ireland with his family. He released his debut Album “THE LAST VINCI” on November 2014, supported by his former band Satellite/Testadimorto.

Releasing singles and Videos like “FOLLOW YOUR ORDER” (reaching more thank 10k views on the first 2 months from the release) “FREE FROM YOURSELF” and “NO PLACE TO HIDE” that was part of “The Last Vinci – Live from the Studio”, a full live performance recorded @ Station Studios, Dublin.

Please check out the hilarious new  video for Narrow Door below The Last Vinci below !! 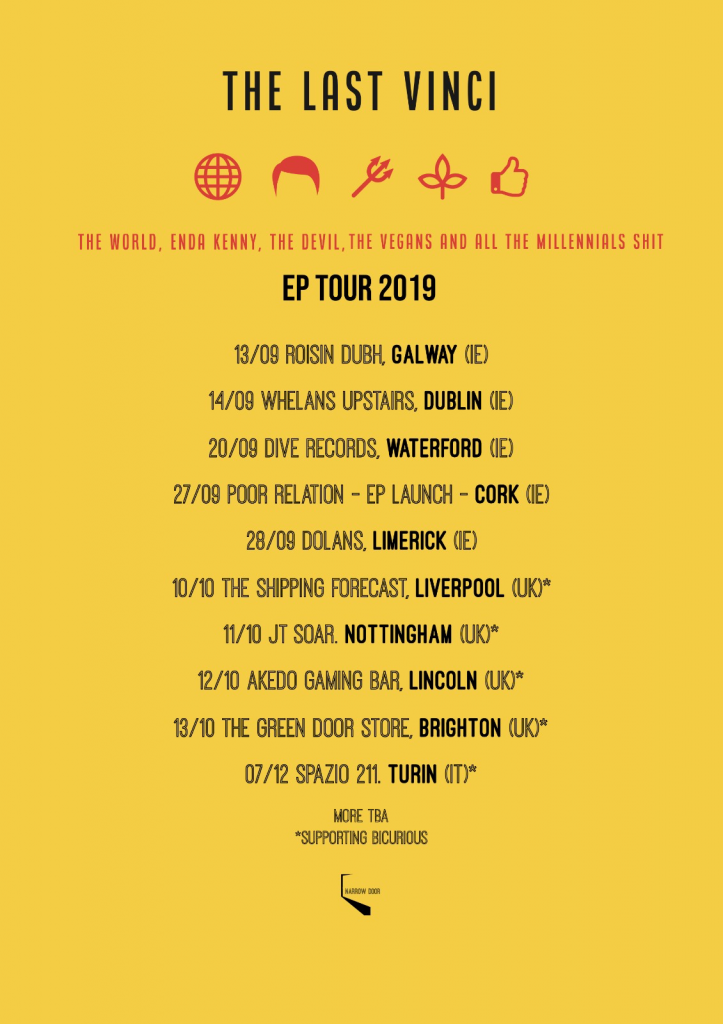