David Bowie, the infinitely changeable, fiercely forward-looking songwriter who taught generations of musicians about the power of drama, images and personas, died on Sunday January 10th 2016, two days after his 69th birthday. 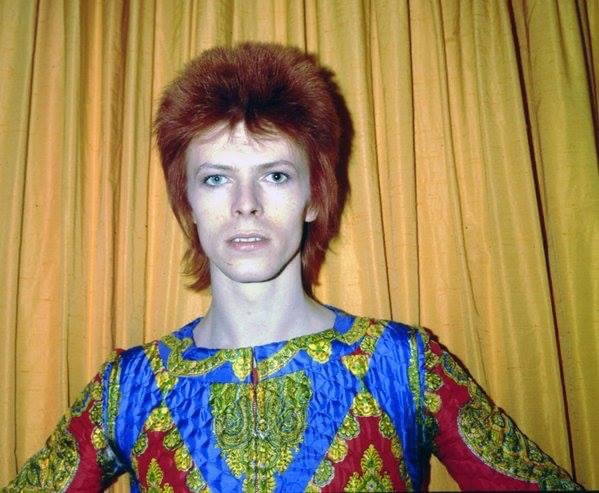 His last album, “Blackstar,” a collaboration with a jazz quartet that was typically enigmatic and exploratory, was released on Friday — his birthday. He is to be honored with a concert at Carnegie Hall on March 31 featuring the Roots, Cyndi Lauper and the Mountain Goats.

He had also collaborated on an Off Broadway musical, “Lazarus,” which was a surreal sequel to the 1976 film that featured his definitive screen role, “The Man Who Fell to Earth.”

Bowie wrote songs, above all, about being an outsider: an alien, a misfit, a sexual adventurer, a faraway astronaut. His music was always a mutable blend — rock, cabaret, jazz and what he called “plastic soul” — but it was suffused with genuine soul. He also captured the drama and longing of everyday life, enough to give him No. 1 pop hits like “Let’s Dance.”

Mr. Bowie earned admiration and emulation across the musical spectrum — from rockers, balladeers, punks, hip-hop acts, creators of pop spectacles and even classical composers like Philip Glass, who based two symphonies on Mr. Bowie’s albums “Low” and “Heroes.”

Bowie’s constantly morphing persona was a touchstone for performers like Madonna and Lady Gaga; his determination to stay contemporary introduced his fans to Philadelphia funk, Japanese fashion, German electronica and drum-and-bass dance music.

Nirvana chose to sing “The Man Who Sold the World,” the title song of Mr. Bowie’s 1970 album, in its brief set for “MTV Unplugged in New York” in 1993. “Under Pressure,” a collaboration with the glam-rock group Queen, supplied a bass line for the 1990 Vanilla Ice hit “Ice Ice Baby.”

Mr. Bowie produced albums and wrote songs for some of his idols — Lou Reed, Iggy Pop, Mott the Hoople — that gave them pop hits without causing them to abandon their individuality. And he collaborated with musicians like Brian Eno during the late-1970s period that would become known as his Berlin years and, in his final recordings, with the jazz musicians Maria Schneider and Donny McCaslin, introducing them to many new listeners.

Mr. Bowie was a person of relentless reinvention. He emerged in the late 1960s with the voice of a rock belter but with the sensibility of a cabaret singer, steeped in the dynamics of stage musicals.

He was Major Tom, the lost astronaut in his career-making 1969 hit “Space Oddity.” He was Ziggy Stardust, the otherworldly pop star at the center of his 1972 album, “The Rise and Fall of Ziggy Stardust and the Spiders From Mars.”

Mr. Bowie was his generation’s standard-bearer for rock as theater: something constructed and inflated yet sincere in its artifice, saying more than naturalism could. With a voice that dipped down to baritone and leapt into falsetto, he was complexly androgynous, an explorer of human impulses that could not be quantified.

He also pushed the limits of “Fashion” and “Fame,” writing songs with those titles and also thinking deeply about the possibilities and strictures of pop renown.

Bowie was married for more than 20 years to the international model Iman, with whom he had a daughter, Alexandria Zahra Jones. They survive him, as does his son from his marriage to the former Mary Angela Barnett, Duncan Jones, a director best known for the 2009 film “Moon.”

In a post on Twitter, Mr. Jones said: “Very sorry and sad to say it’s true. I’ll be offline for a while. Love to all.”

David Robert Jones was born in London on Jan. 8, 1947, where as a youth he soaked up rock ’n’ roll. He took up the saxophone in the 1960s and started leading bands as a teenager, singing the blues in a succession of unsuccessful groups and singles. He suffered a blow in a teenage brawl that caused his left pupil to be permanently dilated.

In the late 1960s, Lindsay Kemp, a dancer, actor and mime, became a lasting influence on Mr. Bowie, focusing his interest in movement and artifice. Mr. Bowie’s music turned toward folk-rock and psychedelia.

The release of “Space Oddity,” shortly before the Apollo 11 mission put men on the moon in 1969, gained him a British pop audience and, when it was rereleased in 1973 in the United States, an American one.

By then, with the albums “Hunky Dory,” “The Rise and Fall of Ziggy Stardust and the Spiders From Mars” and “Aladdin Sane,” Mr. Bowie had become a pioneer of glam rock and a major star in Britain, playing up an androgynous image. But he also had difficulties separating his onstage personas from real life and succumbed to drug problems, particularly cocaine use. In 1973, he abruptly announced his retirement — though it was the retirement of Ziggy Stardust.

He also made what is usually called his Berlin trilogy — “Low,” “Heroes” and “Lodger” — working with Mr. Eno and Mr. Bowie’s collaborator over decades, the producer Tony Visconti. They used electronics and experimental methods, like having musicians play unfamiliar instruments, yet songs like “‘Heroes’” conveyed romance against the bleakest odds.

As the 1980s began, Mr. Bowie turned to live theater, performing in multiple cities (including a Broadway run) in the demanding title role of “The Elephant Man.” Yet he would also reach his peak as a mainstream pop musician in that decade — particularly with his 1983 album “Let’s Dance,” which he produced with Nile Rodgers of Chic; the Texas blues guitarist Stevie Ray Vaughan also performed on the album. By 1989 Mr. Bowie was determined to change again; he recorded, without top billing, as a member of the rock band Tin Machine.

His experiments continued in the 1990s. In 1995, he reconnected with Mr. Eno on an album, “ Outside,” — influenced by science fiction and film noir — that was intended to be the start of a trilogy. Mr. Bowie toured with Nine Inch Nails in an innovative concert that had his band and Nine Inch Nails merging partway through. Mr. Bowie’s 1997 album, “Earthling,” turned toward the era’s electronic dance music.

By the 21st century,  Bowie was an elder statesman. He had been inducted into the Rock and Roll Hall of Fame in 1996. In 2001, he sang “Heroes” at the Concert for New York City after the Sept. 11 attacks.

His last tour, after the release of his album “Reality,” ended when he experienced heart problems in 2004. But he continued to lend his imprimatur to newer bands like Arcade Fire, joining them onstage, and TV on the Radio, adding backup vocals in the studio.

In 2006, he performed three songs in public for what would be the final time, at the Keep a Child Alive Black Ball fund-raiser at the Hammerstein Ballroom in New York.

His final albums were a glance back and a new excursion. “The Next Day,” released in 2013, returned to something like the glam-rock sound of his 1970s guitar bands, for new songs suffused with bitter thoughts of mortality. And “Blackstar,” released two days before his death, had him backed by a volatile jazz-based quartet, in songs that contemplated fame, spirituality, lust, death and, as always, startling transformations.