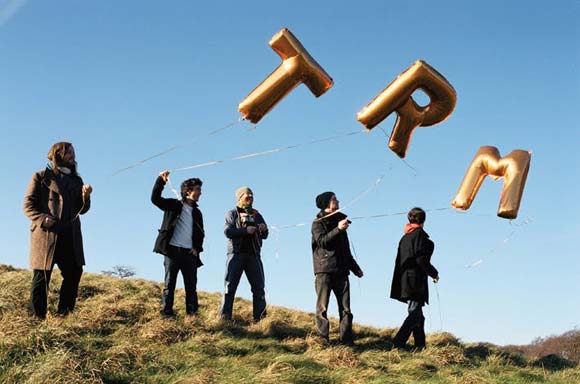 I am very proud to announce that The Redneck Manifesto will be performing in Castlebar on Friday night 23rd November at The Velvet Lounge in the TF Royal Theatre.

The Redneck Manifesto formed in August 1998 as a four piece composed of members of several prominent Dublin bands – Niall Byrne came from Jackbeast, Richie Egan from Black Belt Jones and Matthew Bolger from The Waltons. Mervyn Craig came from the Dundalk band Hylton Weir. Neil O’Connor would join the band in 2003 coming from the Connect 4 Orchestra. The band first started playing gigs across Dublin and soon released a number of 7″ singles on their own Greyslate label; as well as a split 7″ released on Road Relish.

It was their debut album ‘Thirty Six Strings’ that first harnessed the power of their passionate and well rehearsed live shows. The album was recorded by Alan O’Boyle (Decal/Legion of Two) and released as a joint venture with French label Red F Records in 2001. It was warmly received by press and fans alike and was acclaimed ‘Irish album of the year’ for 2001 by the Event Guide (Dublin).

In March 2002 the band undertook their first headline European tour. In a bid to help pay tour costs they released a companion piece to ‘Thirty Six Strings’ in the form of an extended EP ‘Cut Your Heart Off From Your Head’. Again recorded with producer Alan O’Boyle this showed the Redneck sound changing subtly. Equally receiving very favorable reviews and again being self-released the band found it difficult to keep up with the sales demands the EP placed on them.

In 2003 The Redneck Manifesto played to a capacity audience at the Witness festival in Ireland. Also in March that year, after featuring on a number of BMX Video soundtracks and receiving much interest from the US BMX-ing community they travelled to play their first shows in the US and were a huge hit at the 2003 South by South West music festival in Texas.

In March 2004 the band traveled to France to record their third album ‘I Am Brazil’. The album was recorded in Black Box Studios by producer Dave Odlum. It was the first recording as a five piece and as such shows an expanded and developed sound that moves on from where ‘Cut Your Heart Off From Your Head’ left off.

So why not make your way to the TF Royal Theatre here in Castlebar on Friday night 23rd November for what promises to be a great night of music from one of Ireland’s greatest and most notable instrumental bands. Tickets will cost 10 euro and will be available on the night!