The wonderful thing about original live music is knowing that it is well and truly alive in County Mayo. I have noticed a number of live original acts emerging from the county over the past seven or eight years. For the past few months i have being trying to find the right time to put a piece together on the emerging and strong talent that Mayo has to offer. Its great to see so many acts getting out there and playing live across the country knowing that these acts are from Mayo and this should be something we all should be extremely  proud of.

In this piece i am going to bring you some of these acts that are changing the way we think about music as we speak! 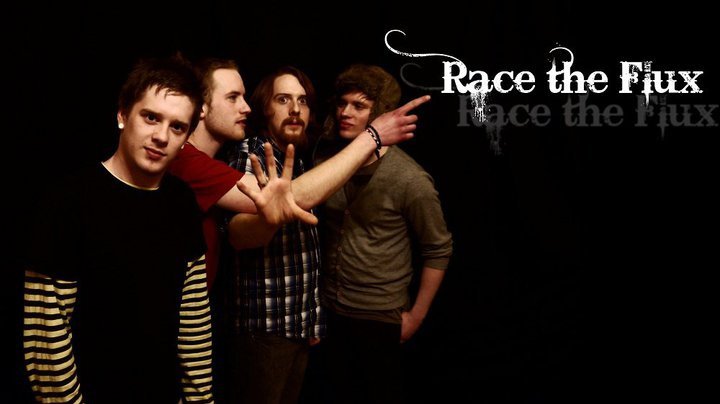 Race The Flux are one of those bands that just keep on getting better and better each time i see them live. I have worked with the band on several occasions now and they are probably one of my favorite west of Ireland bands at the moment. As far as i know Race The Flux are hoping to get a new album out later in 2013 all depending on the band’s budget. Something i can not wait for!

Race the flux are an ambitious rock and electronic four piece from the west of Ireland, formed in 2008. Utilizing chunky synthesizers, dramatic piano, innovative guitar and bass phrasing and the use of electric and acoustic drums they forged a new and fresh sound.

After spending the year writing, they are currently touring Ireland with their dynamic set. They have recently finished recording their four track Debut EP and it is set to be released in the near future.
Members of Race the Flux have had a wealth of experience in the past playing with the bands; God is an Astronaut, The Blizzards, The Coronas, Director and the Saw Doctors, And So I Watch You From Afar.

Race the Flux have had their sound compared to music legends Muse, Queens of the Stone Age and System of a Down. However, despite the comparisons they still have a sound that is unique and distinctive.
Their live shows are as energetic and colorful as their music, with a strong passion for the songs exuberating from each member on stage. 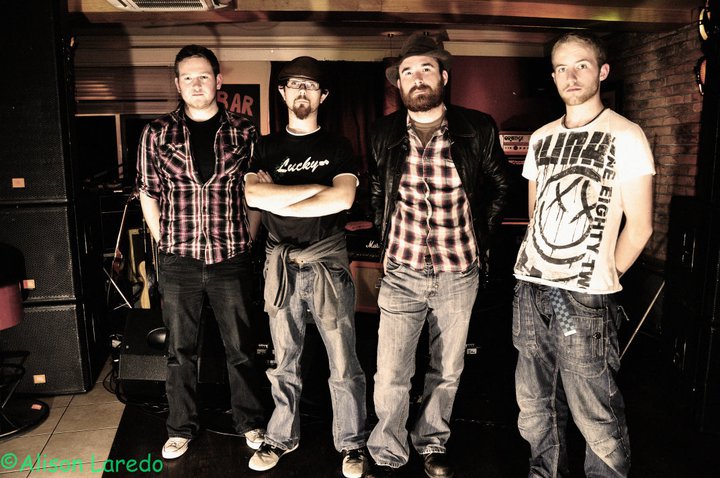 Another Mayo band hailing from Ballyhaunis called Katet, the bands drummer “Ronan Concannon” is also a member of Race The Flux. These guys are also breaking ground on the alternative scene in the West Of Ireland.

Ka tet are Ronan Connaughton, Tommy Concannon and Kyle Dee who originally met in secondary school in Ballyhaunis, Co. Mayo, and later formed the alternative rock group during their time at college in 2006. The band has been continuously touring Ireland since their formation and has earned support slots with acts such as The Coronas, Aslan, Director, God is an Astronaut, and Kila.

In 2010 the band formed the independent record label “Cold Room Records” with two more local bands “We Town Criers” and “Race The Flux”.

Ka tet are currently recording their hard-hitting debut album, the sound of which has been compared to such bands as Pearl Jam, Queens of the Stone Age and Them Crooked Vultures. This follows the release of their much anticipated debut single: “Bob N’ Charlie”.

ON PAIN OF DEATH: 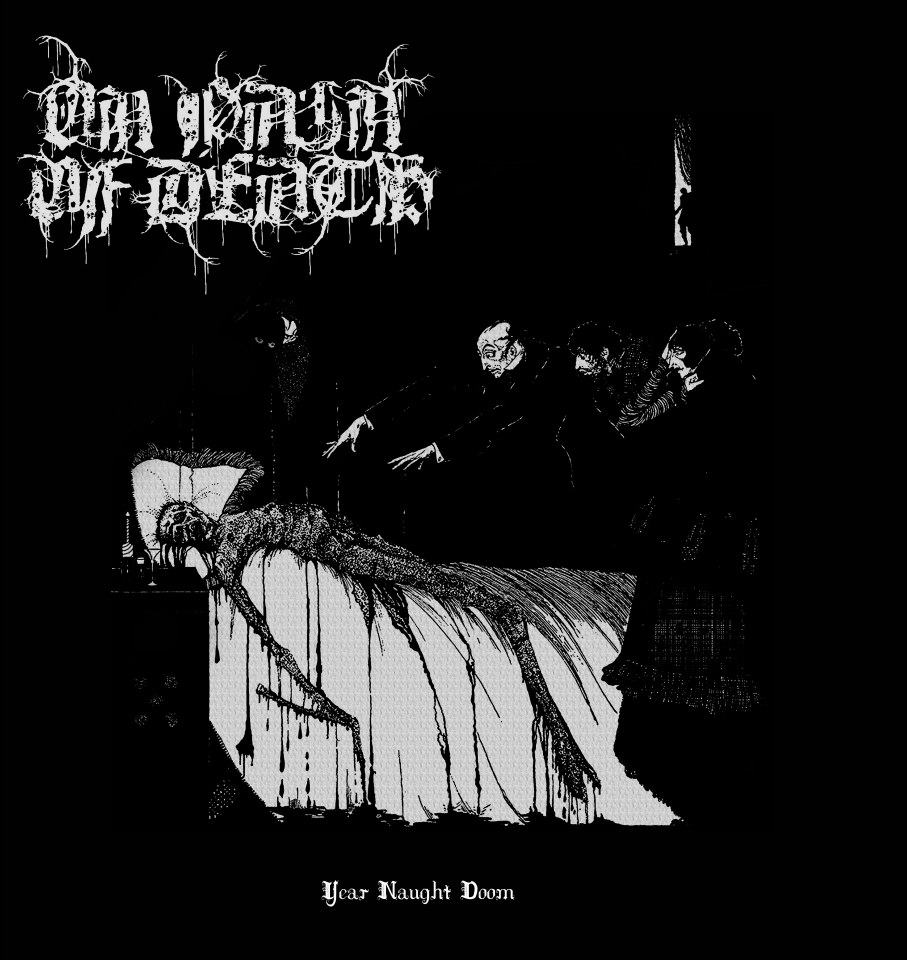 On Pain of Death released their first full length album last October to critical acclaim , if you like you’re metal dark and deadly with a mixture of sludge and doom well then look no further as these lads are right up your street. Hailing from Mayo “On Pain of Death” have being playing live shows around this island   since the dark year of “Two Thousand & Eight” A mixture of sludge metal and doom is the order of the day here. Still waiting for my copy on vinyl though! Great to see that metal is still well and truly alive in this part of the country.

Formed in the boggiest of the boggy depths of Ireland in March ’08, On Pain of Death play slow and twisted doom/sludge metal. The band played their first gig in June ’08 and recorded their self-titled first demo over that same weekend and the next in Oaks Recording, Enniskillen, NI. The band continued to play throughout the Summer and returned to Oaks at the end of September to record their next EP which features one slab of degrading filth called “Rotting in a Tomb of Depravity”. Not happy with the outcome of the recorded EP, OPoD decided to shelf the release with an intention to rework and re-record the track for a future release. A cover version of the Sepultura track Troops of Doom was recorded and released on vinyl by Blinddate Records in December ’09. The release featured bands such as Moloch, Thou, Aguirre, Loss and Hey Colossus all doing doomed out covers. In the latter half of 2010 early 2011 OPoD recorded their first album entitled “Year Naught Doom”. With Handshake Inc. on board “Year Naught Doom” was released as free download in Autumn 2012 followed by an expected vinyl release sometime in 2013. 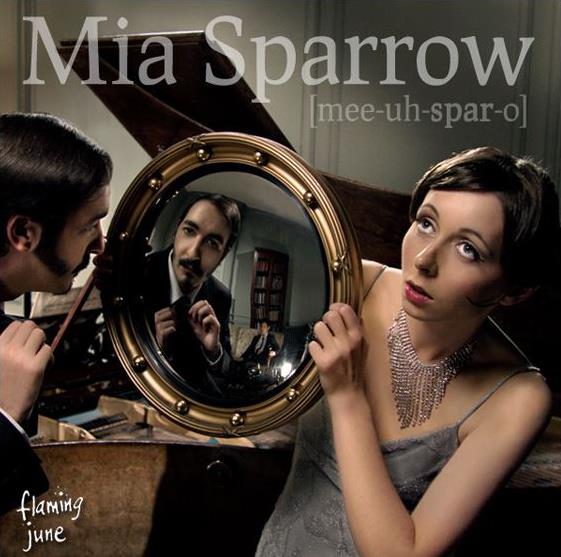 Mia Sparrow released their debut album in February of 2012, Three of the members Caroline Carew, Paul Brett and Ger Staunton fronted a band called Story of Hair. When Story of Hair disbanded in 2010 three of the members  decided to form a new group titled Mia Sparrow.  At the moment the three members are living in various parts of the world, Dublin, New York and  Kosovo. Still writing and recording and contacting each through email the band intend to put out a new record towards the end of 2013.Although the band are scattered across the planet two of the members are from Castlebar which makes them local in my eyes.

Dublin based three piece Mia Sparrow use guitars, drums, synths, omnichord and samples to make noise rooted in melody. Since forming in June 2009 after the demise of their former band, the critically-acclaimed Story of Hair, Paul and Ger, from Castlebar, Co Mayo, and Caroline, from Tipperary, have toured Ireland and played a BlueMusic showcase at the Fiddler’s Elbow in Camden Town, London. In 2010, with just a few home recordings under their belt, Mia Sparrow were chosen as one of five acts to play the Best of IMRO showcase in Dublin. They were subsequently invited to record a four-track session for the Dan Hegarty show on RTE 2FM which was broadcast in Spring 2012. 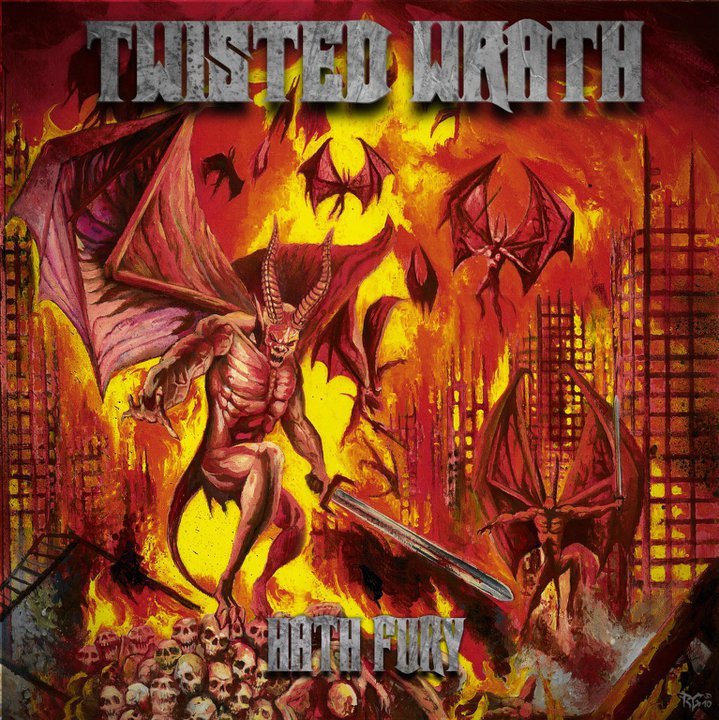 These lads have being flying the flag for Mayo for the past 6 years or more. Only recently the band located to Germany to record their second E.P. Formed in late 2007, TWISTED WRATH are a Heavy Metal outfit from the west of Ireland based in Mayo and Galway. Showcasing the Metal drive of bands like Megadeth, Testament, Metallica with of hints of W.A.S.P, Iron Maiden & other classic metal bands – Twisted Wrath proudly delivers Heavy Metal the way they like it.

Formed in late 2007, TWISTED WRATH are a Heavy Metal outfit from the west of Ireland. Without limiting themselvers to a particular sub-genre, the band showcase the Metal drive of bands like Testament, Megadeth, Trivium, In Flames, Iron Maiden, W.A.S.P., Machine Head, Hatebreed, Nevermore, Metallica, Judas Priest, etc. Twisted Wrath proudly deliver Heavy Metal the way they like it.

After five years on the Irish Metal scene, the band has worked with numerous Irish bands and promoters, as well as branching out and playing gigs abroad. Twisted Wrath are respected as an active band in the local scene and have had the opportunity to work with various well established international acts, including the legendary UFO in The Academy, Dublin; British NWOBHM outfit, Hell, in The Button Factory, Dublin; and thrash legends Onslaught in The Pint, Dublin.

The band released a small EP, “Hath Fury”, in 2010 to positive reviews in Ireland and abroad. The Ep was recorded at LSD Studios in Lubeck, Germany with European producer, Lasse Lammert (Alestorm, Gloryhammer, etc).

In January 2013, Twisted Wrath recorded the follow up to “Hath Fury”, entitled “Madman’s Chorus”, once again with Mr. Lammert at the helm, showcasing a faster, heavier and more technical sound. “Madman’s Chorus” is scheduled to be for a February 2013 release.

KMCG aka Kenneth Mcgreal has worked on many projects on the Mayo music scene, playing as session artist in many local acts. An independent artist as sorts who likes to work on his own at times. Only recently i spoke with the man himself and he told me that he might never work in a cover band again. I was lucky enough to see Kenny play with The Surrogate band (Pink Floyd tribute) at Christmas in 2010 at Bar Ritz and they literally blew me away. A fantastic musician who has many great ideas. KMCG released his first independent e.p. in 2007 titled “Ferryman” E.P,and he is definitely one to watch in the Mayo area in the future. Following on from the “Ferryman” EP  KMCG released “Positively Negative” in 2010.  Although KMCG has being quiet of late i do look forward to hearing new material in the not too distant future. At the moment KMCG is working with 3/4 of OPOD, together they are known as PILGRIMAGE! Demo recording is happening soon I hear! 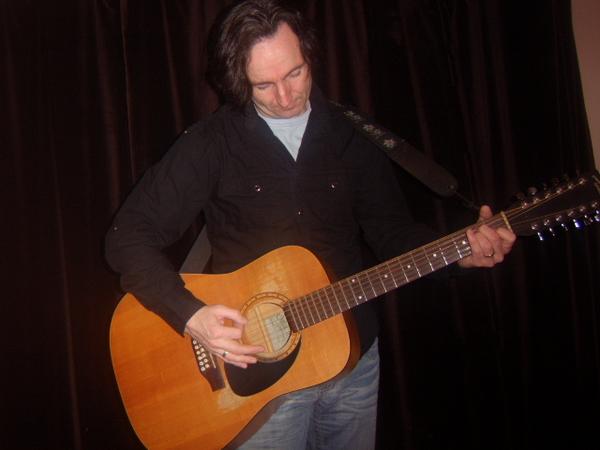 I remember i used to go and see Dennis Mcalmont play live in The Humbert Inn on a Thursday and Sunday night a good few years ago. Dennis has a beautiful voice and i could always tell that he wanted to push his songwriting even further down the line. Dennis is a singer songwriter who has matured well over the years. He has a passion for writing and recording his own material. You can catch Dennis perform live in many venues across Mayo including Sam Adams, Rocky’s, and Bar One in Castlebar.

It’s been a busy couple of years  musically for Dennis McCalmont. Last summer, he Co-Wrote and Composed a number of songs for the Terry Reilly/Tommy Marren Musical Production ‘On A Wing And A Prayer’ the Story Of Knock Airport, which was a huge success, selling out shows at ‘The Royal Theatre’ Castlebar, and raising much needed funding for the Mayo /Roscommon Hospice.

Earlier this year Dennis’s song ‘Carousel’ was Short-listed for the Final of ‘The Irish Daily Mail’ ‘Fighting Chance’ for Unsigned Artists.’Carousel’ is featured on his new album ‘Nature Of Life’ which offers 14 original songs, that McCalmont Wrote/Recorded/Mixed and Produced.   Think ‘Neil Young’ jamming with the ‘Fleet Foxes’ and you will get a flavour for these Acoustic driven songs, coloured with Vocal harmonies.Visit Dennis McCalmont/Facebook for more Details.
So there ya have it, these are just a few artists and bands out of a lot of acts that have caught my eye over the past couple of years, there is acts that i may have left out and i am sorry if i have. I am hoping to put a second piece about Mayo bands and artists together in the coming weeks ahead because there is lots more to talk about . Perhaps we can get a few interviews up online here with some of these artists. Who knows!
If you are in an original  band out there and want to get in contact please email me at finbarhoban@gmail.com
All of the above artist’s and band’s can be found on facebook and all good websites.
Thanks for reading, and until the next time!
Finbar Hoban xxx
Share this...