Named by RTÉ.ie as “one of ten fierce women defining Irish culture”, Co. Kildare singer, multi-instrumentalist and songwriter Inni-K (Eithne Ní Chatháin) has received consistent praise for her fresh style of indie-folk since the 2015 release of her acclaimed album The King has Two Horse’s Ears. 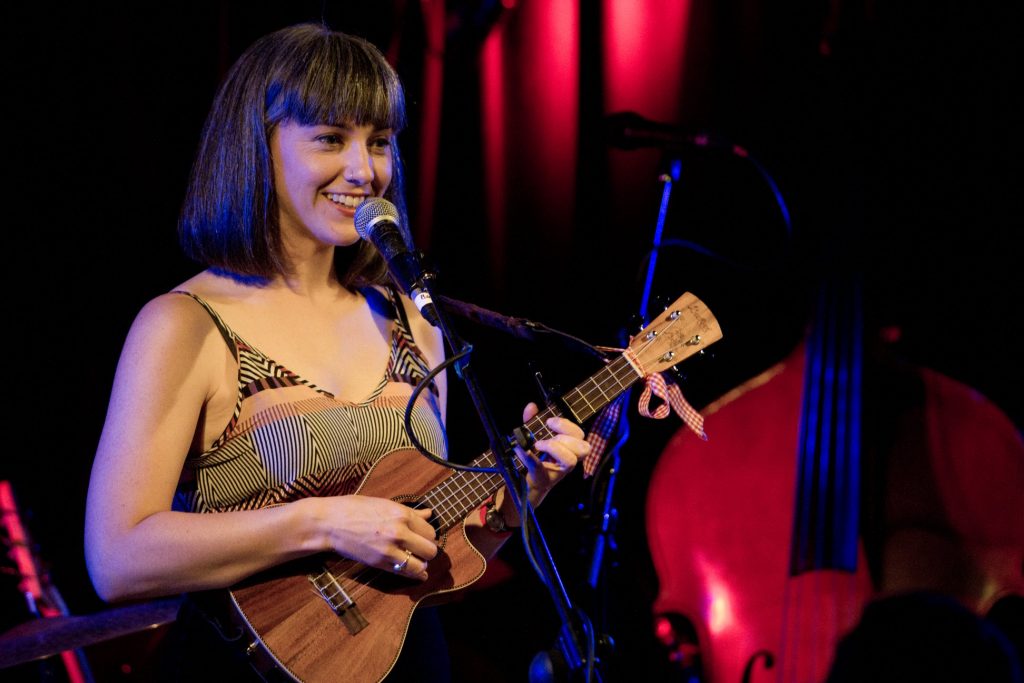 Inni-K’s second album The Hare & the Line was released 1 March 2019 to great critical acclaim. She sold out the Irish Arts Centre, New York; was an Official Showcase performer at Folk Alliance International music conference in Montréal as part of her U.S. and Canada tour dates earlier this year; and has been touring extensively throughout Ireland with dates also in continental Europe & the UK since the release of the album. Summer ’19 festival performances have included Body & Soul, with a full band appearance at Electric Picnic.

“A superb blend of rootsy folk, trad and jazz sounds tied together by the artist’s immaculate vocals” – Nialler9

“Blending Irish trad with modern folk, the singer delivers 10 exquisite tunes (some in Irish), with her ethereal vocals as spellbinding as ever…entirely unique” – Hotpress