It is with great pleasure that i can now offically announce that Therapy? will play Castlebar at the TF Royal Theatre and Event Centre in Castlebar County Mayo in 2013 as part of the ongoing Finbar Hoban Presents…series!

Last November  a facebook page called “Lets Get Therapy? to play Live in Castlebar” was set up in honor of the legendary band, the page attracted a huge amount of attention from long-time Therapy? fans in the western region of Ireland and further afield. The page was also bought to the attention of the band themselves in recent times.  The intention of the facebook page was to proove to the band that there is a massive demand for the band to play not only in the west of Ireland but in Castlebar County Mayo. 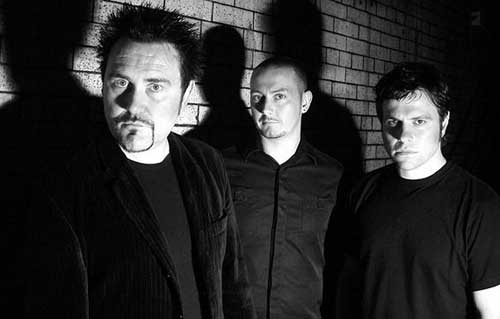 I am very excited and proud to announce that after a long hard and fought campaign that Therapy?  will play Castlebar at The Ruby Room  TF Royal Theatre and Event Centre on Sunday 27th October 2013.

Just want to thank everybody for supporting this campaign over the past few years and months, also a huge thanks  to everyone who liked and supported the facebook page and also i would like to ask people to keep on spreading the page amongst Therapy? fans around Ireland and abroad.

As an independent promoter i have being working from day one to make this  particular show happen. I have had the honor and the pleasure of working with some of the best Irish bands from the past twenty years that have included the likes of Whipping boy and Kerbdog and a whole host of others!

Therapy? are a legendary band with numerous albums underneath their belt and it is going to be an absolute pleasure to welcome the band to Castlebar in October!

Everything over the past 5 years has led to this one major announcement for me as a promoter. Its nearly always being about bringing Therapy? to Castlebar for me, even from when i held my very first show at Bar Ritz in the summer of 2008 when local band Kneel Before Zod performed.

Ticket’s for Therapy’s? very exclusive show in Castlebar over the October bank holiday weekend at The Royal Theatre & Event Centre go on sale next Friday morning at 9.00am June 14th.

Keep an eye out on this page here and in the local press for more info in the coming days. I hope when the time comes that everybody who has an interest in this particular show will come out and support it!

In the meantime i hope you all have  a brilliant weekend and keep on enjoying the sunshine!