Northern Irish alternative metal band Therapy? are back with a bang after having taken some rest from the touring scene for a little while. The veterans of over two decades of the rock music scene are set to release their highly anticipated career-spanning ‘GEMIL boxset’ on November 18th and play live at The Ruby Room in Castlebar this Sunday night!

Details of what the boxset contains haven’t been officially released, but the rumors i am hearing suggest that it will contain a DVD of of one of their sell-out gigs, remastered albums, never before heard tracks, and loads more.

This monster set of must-haves for Therapy? fans will be out just in time with the Crimbo getting closer and closer, we’re presuming it will solve your present-buying headache for a few people (or at least for yourself). 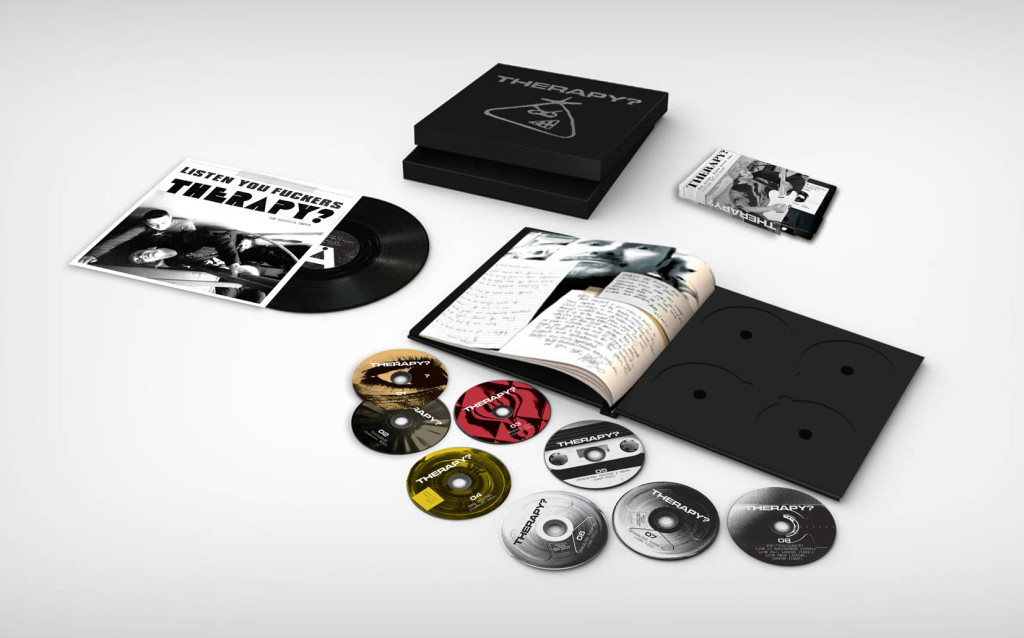 To launch the release of the ‘GEMIL boxset’, Therapy? have been touring Europe and will be hitting The Ruby Room in Castlebar this Sunday night October 27th.

Doors for the show are open at 8.00 and the first act to take to the stage local band Pilgrimage will open the show at 8.30 followed by Lafaro.
Some tickets are still available from entertainment.ie and Downtown Records Castlebar!