The latest offering from cua comes from their newest album release, Oh Sun Shine Down, and has the title, Beautiful.

Jeremy Searle is a music critic who earned our rave reviews.

When Cua played their first ever English dates, he had enjoyed the first two albums so much that he was eager to see them live.
Reviewing the gig for RNR magazine, he concluded:

“The two sets pass by much too quickly and the business done at the merchandise table is evidence of a new favourite-band moment for many of the attendees. 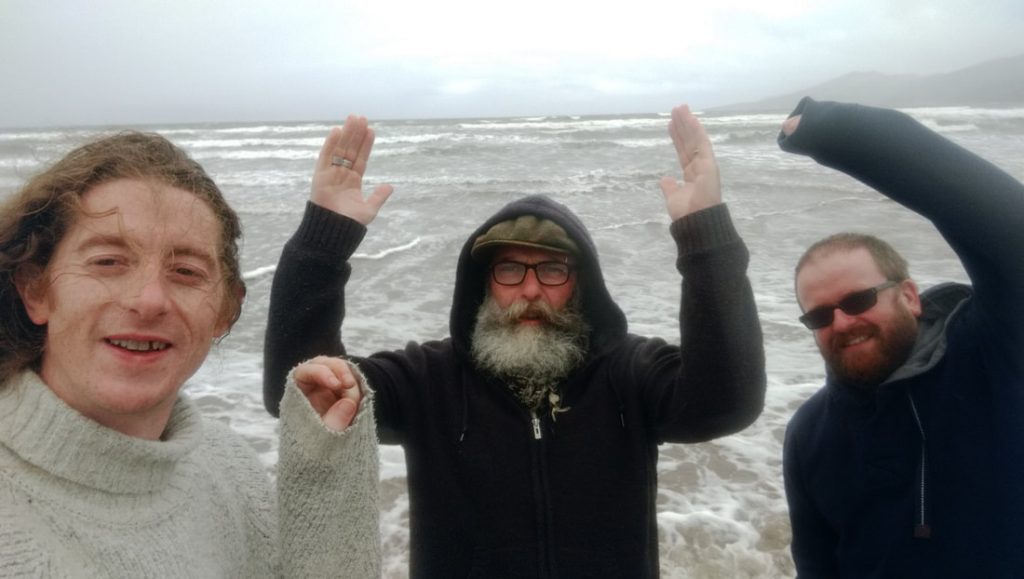 “This was a show that marked the arrival in England, of a major new talent, and, hopefully there will be many more to follow.”
The morning after that gig, Warthog Promotions e-mailed us with thanks. They said: “They are outstanding. We will happily tell others to go and see them when they get the opportunity”

Since issuing their superb Songs of The Hollow album in 2017, Cua have gone on to become a band that has gathered in more praise than most from all the best sections of the media.

Jeremy Searle had earlier written at AmericanaUK: “This Irish trio stands right at the forefront of contemporary cutting-edge folk and even that description sells it a little short.”

Issuing a similar judgement for Acoustic magazine, Julian Piper had this to say: “At its finest, music should confound and amaze the listener, and this trio from Ireland have the luck – and the ability – to be one of those outfits who can pull this off.”

The trio had caused a sensation when they attracted a capacity crowd to their Celtic Connections show in Glasgow, just before the pandemic struck. It was the first event on the entire programme to become sold-out.

Then, if any confirmation of the scale of their popularity was needed, that came in 2021 when a promo video for the track, Kings and Queens attracted eighteen thousand Youtube views in the space of a few weeks.
Premiering a new promo video early in 2022, Folk Radio UK said: “If Cua are not on your radar, then they should be.”