Fintan describes it as, “A love song through & through.” He says, “I was stuck in a rut for months, until my partner and I got the unexpected news that we’re going to have a baby.” He goes on to say, “After that everything just started flowing, 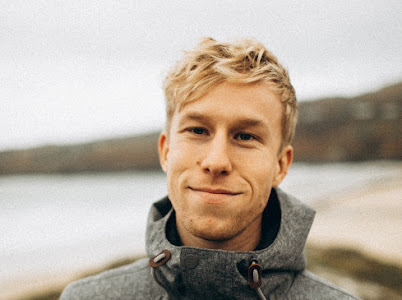 Recently, Fintan made it to the final five of Hot Press’ radio initiative, ‘Irish Music Month.’

Fintan describes it as, “A love song through it felt like I finally had something to say again, intensely inspired by awaiting our baby boy and writing this song for the woman I love.”

The song features Kealan Kenny on pedal steel and Fintan himself on drums, giving it a more folk feel than his recent releases. The song was recorded and produced by Fintan in his newly built space, Ivy Hill Studios.

Fintan McKahey is a low-fi indie singer, songwriter, multi-instrumentalist, and producer from Cork, Ireland. His EPs and several singles have achieved national radio play and press acclaim. He has performed headlines and showcases in major venues across the country. Though Fintan loves performing, his true passion lies with creating in the studio. He creates music that is spacey, chill, and at times experimental and psychedelic.

Since the onset of COVID, he has been busy building Ivy Hill Studios. He was named a Hot Press Magazine “Hot for 2021” artist, performed at the Hot Press Y&E Series, and did some successful ticketed live streams. Recently, Fintan made it to the final five of Hot Press’ radio initiative, ‘Irish Music Month.’ Out of 125 artists shortlisted, he was selected by Cork’s 96fm, which resulted in an outstanding performance at the final showcase in the Academy.