We we’re very lucky to have worked on a show a few years ago with this next act.

Lemoncello comprised of University friends Laura Quirke and Claire Kinsella are amongst the brightest lights of contemporary Irish Music. Prodigiously talented and accomplished musicians in their own rights, together they are a unique and rare offering.

The track is described as “an ode to the cyclical nature of love and life” and a “reminder that in order to be free, we must at once let the past go while knowing it’s what has given us the resilience to march on.” 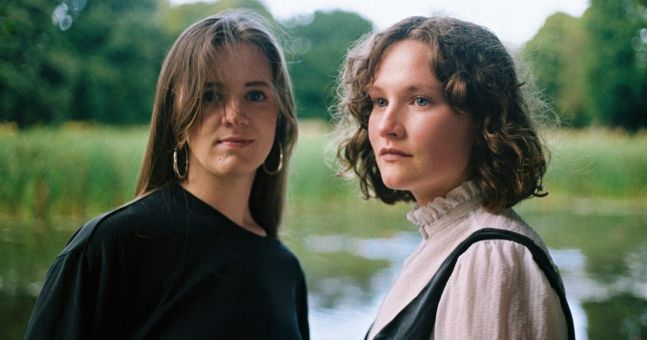 Since the release of their debut EP, Stuck Upon The Staircase, in 2018, Lemoncello – comprised of university friends Laura Quirke and Claire Kinsella have established themselves as one of Irish music’s most captivating lyrical and sonic forces, carving out a wholly unique space within the country’s thriving folk community. They released their latest EP, Oil and Water, in 2020.

The pair were due to join Glen Hansard on his European tour, which was ultimately cancelled. However, they’ll join the singer-songwriter as special guests at his upcoming show at the National Concert Hall in Dublin, on December 3.