Castlebar band POWDER HOUSE are back with the first new material in over two and a half years.

The brand new single pulls no punches with its striking production.

POWDER HOUSE recently announced that they have signed a record contract with a German record label called FBP Music Group of Germany. 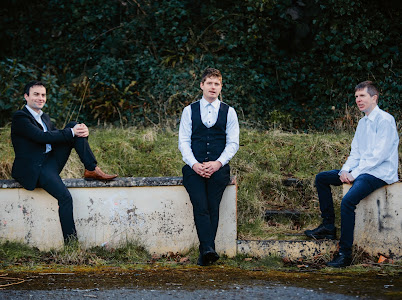 Castlebar original outfit POWDER HOUSE sound very impressive on new single ‘Years’ which is why it is our Track of the Week this week.

Lead singer Conor sings “To my Predecessor remember me on your darkest day’, perhaps an owed to the band’s debut EP ‘The Predecessor” which came out almost two years to the day.

Years was recorded, mixed and mastered at Beardfire Studio, Dublin by veteran producer David Virgin and his sons Rohan and Al. In their collective 6 decades in music they’ve worked in studio or on stage with the likes of Nick Cave, INXS, Cat Power, Billy Bragg, Leslie Dowdall and John Cooper Clark. Recent productions include All The Queens Horses (International SongwritingCompetition Winners), Patricia Lalor (now with Atlantic Records) and alt pop icon RUNAH.

’Years’ is an atmospheric song that deserves to be added to your playlist now.

POWDER HOUSE will officially be launching ‘Years’ next Friday night at The Ruby of The Royal Theatre with support coming from Keith Plunkett and Michael Oliver Sheridan with doors opening at 08:30pm. This is sure to be an exciting night of live music in Castlebar.