It’s a paranoid, yet pointed critique of the ideologies underpinning capitalism, the “Revival/Reboot”-addled loop we’re stuck in, and “the system that is consuming us, our culture, and our natural world like a bowl of noodles.”

“All protests against the system are commodified and used as part of the system to suppress culture. It’s why people who hadn’t heard of the Ramones were wearing Ramones t-shirts from Penney’s women’s section, and conversely the male gatekeeping side-effect; all the while, the cynical machine hilariously make fun of us all while it grinds us into a subservient paste” frontman Robert Mulhern tells us. 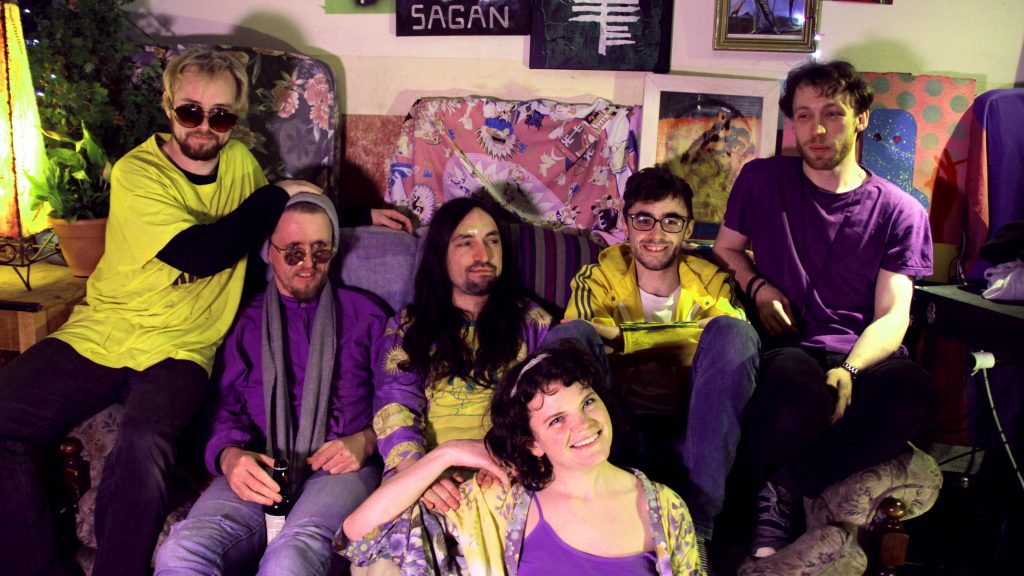 “The manufacturing of consent has made it so that during this process the cost of houses going up is seen as a sign of a good economy but what it really means is we are being robbed more effectively and with greater cynicism than before while the engineering behind the homeless crisis gets more efficient – the knocking down of prominent venues in Dublin to construct more hotels, for example. Galway being turned into one large Airbnb complex, for another. Swathes of foreign investment firms buying up newly-erected estates to rent out, morally propped up by our government.”

Research and development itself is a corporate phrase. Inspired by vaporwave and its anti-capitalist standpoint, Mulhern describes “I like the regurgitation of corporate culture as a means of critique. I like its simplicity because it doesn’t mince words with metaphors.”

“The picture I used for the EP cover is one of my friend and I and our now deceased dogs Síle and Lucy. They were two beautiful souls.”

“I sang this in the style of Boyz II men and the 90s cliché as it seems we’re obsessed with looking backwards and not forwards, and I wanted to subvert that popular ‘ironic’ harking-back sound, but because I sincerely really like it. I just feel like we need to revolt against capitalism before cultural change happens and unfortunately, as Mark Fisher said: ‘it’s easier to imagine the end of the world than the end of capitalism’”. 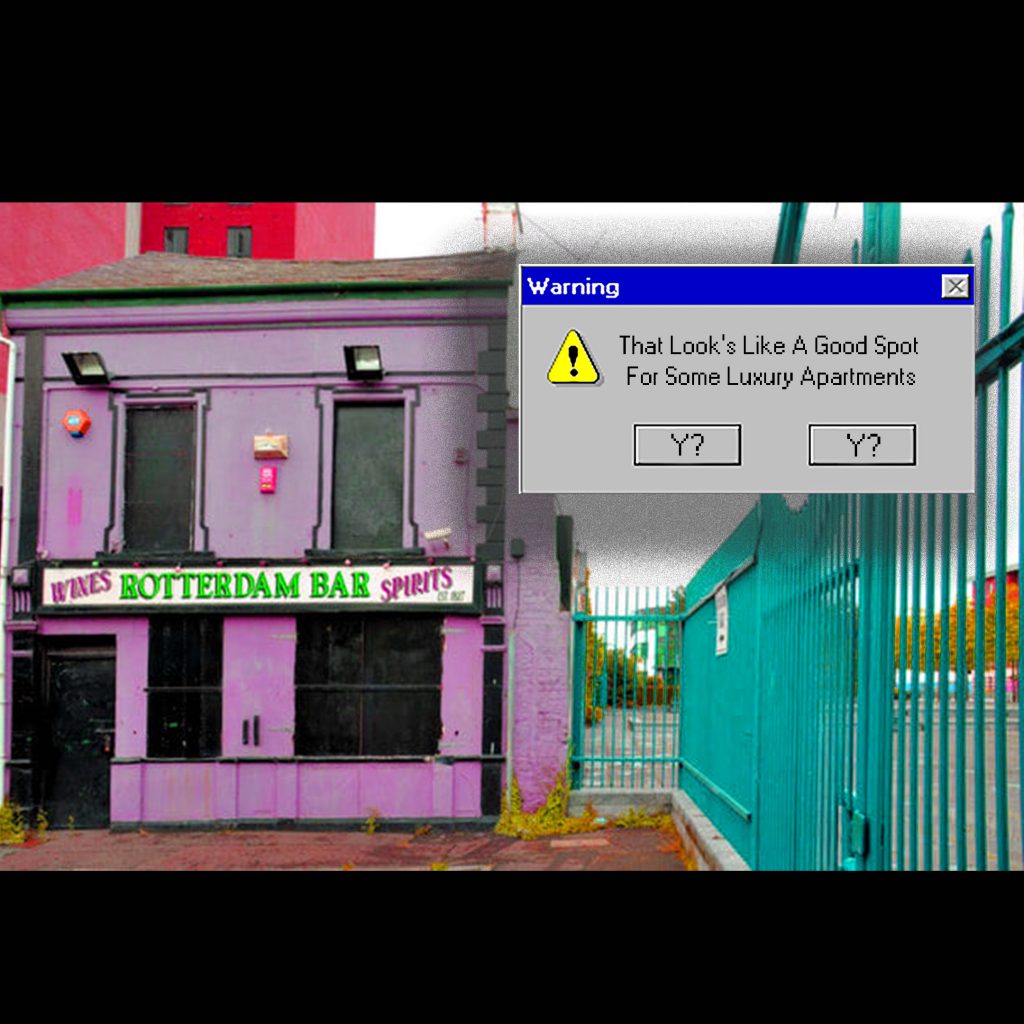 Tying up and moving on from their writing on lost youth, Donegal psych outfit Tuath – fronted by Robert Mulhern – have turned their focus very much toward the socioeconomic concerns of the day. Channelling cultural theorist Mark Fisher’s theory of ‘the slow cancellation of the future’ that’s been happening since around 1994, the phenomenon of hauntology – a look at lost progressive futures that once looked possible – and the spirit of Adam Curtis’ truth-searching latest series, Can’t Get You Out Of My Head.

Spurred on by an attempt to confront his ADHD, which had previously manifested as “formlessness and unfinished ideas that built up like a plaque until recently”, frontman Robert Mulhern managed to transform this into a period of intense focus, whereby new influences and approaches to creation could be absorbed, new instrumentation experimented with, and new creative hats worn.

Presenting high-brow concepts through the low-brow medium of rock music, Tuath blend the kaleidoscopic experimentation of Stereolab, post-new wave audiovisual cultural engineering of Psychic TV, the off-brown anarchy of Ween and Fat White Family, and something entirely their own, and on this EP moreso than ever, and an 80s-recalling post-new wave sound that alludes to Orange Juice and Julian Cope, filtered through the postmodern lens of vaporwave.

Check out the lyric video for “That Looks like a Good Spot for SOme Luxury Apartments’” below now.