The sun shined down in the beautiful Nowlan Park yesterday as two legends Neil Young and Bob Dylan finished up their headline tour together.

Unfortunately we did not make it on this occasion but we thought we would share an image and some fan video footage of the two iconic acts sharing the same stage together for the first time since 1994 and it all happened on Irish soil! In the end according to many who were there, it was Neil Young who captured the hearts of so many Irish gig goers at yesterday’s big concert. If you were there please tell us all about it. 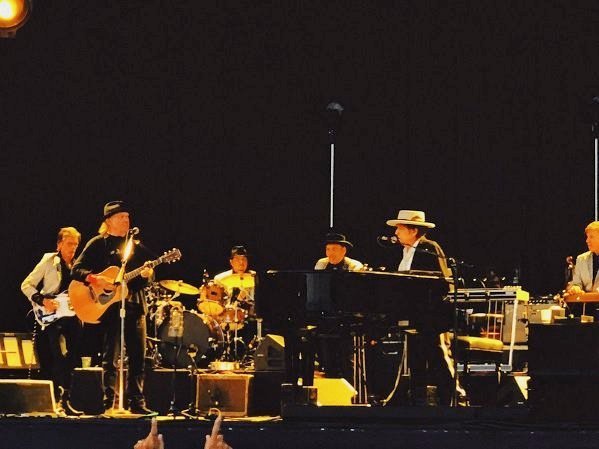