Mark describes the song as an attempt at a mid-to-late 70s Bowie song, particularly some of the Berlin trilogy tracks. 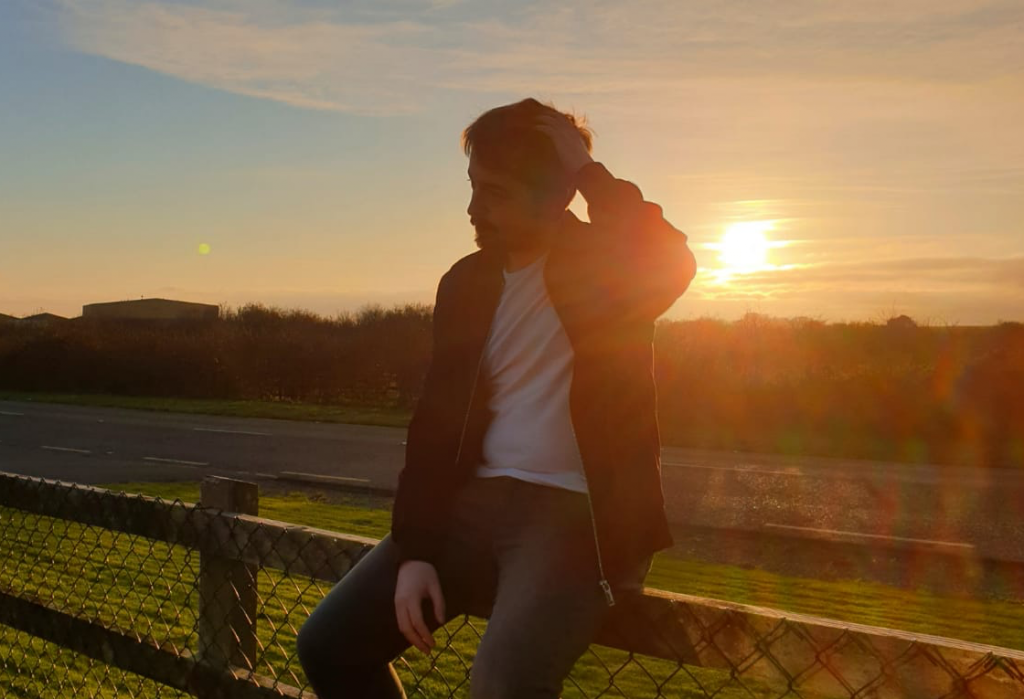 ​The song came about from playing along to an old drum loop until Mark came upon a particular guitar tone with a simple descending chord progression where the notes seemed to hang in the air. He added some layered guitars, synths, and ambient tones to add to the late night, dream- like vibe.

Mark says, “The song is about the narrator trying to provide comfort to someone who can’t sleep at night.The narrator can’t guarantee that they’ll be able to make it better, but they promise to be there the whole night until morning. The title became Lullaby (I’ll Be There) because though the lullaby may not work, it’s backed up by the promise of just simply being there with them.”
​He goes on to say, “I didn’t want to make it entirely clear what is keeping the person awake so that listeners can apply their own reasons for sleeplessness.”

The track ends with a dramatic build to the last few lines of the song. Harmonies and hazy slide guitar create an emotional release, with all of the tracks increasing in feedback. Mark wanted this to sound like a sunrise; a last minute moment of comfort and the sound of morning coming. The song was written and recorded by Mark in his home studio.

Mark Duggan is a singer/songwriter from Waterford. His music combines folk and indie with electronic elements, complete with clever lyricism and thoughtful songwriting. He is inspired by the likes of Bob Dylan, Bruce Springsteen, and Joni Mitchel. He started releasing music in 2018, and his 2020 singles “Promenade Firework Show” and “As the Sun Hits The Day Down” saw his music reach wider audiences.