Recently we received an email from a singer songwriter from the Westport area in Mayo called Rebecca Walsh. Rebecca contacted us to let us know that she had being working hard on writing new material during Quarantine.

On the first listen of Rebecca Walsh’s new song  titled ‘Crosses and Thorns’ we we’re instantly  amazed by the song which bought us right back to the early sounds of the grunge scene in the nineties, The band Sonic Youth came to mind and then we felt we were hearing influences of Courtney Love’s band HOLE.

It is quite rare to hear this grungy influenced alternative sound being recorded in Mayo these days and we here at Finbar Hoban Presents give this track a total thumps up and can’t wait to hear more from this artist in the very near future. Bring on the next song from this very talented young artist. We cant get enough of this track at the moment!

Rebecca Walsh is an independent singer-songwriter living in Westport, County Mayo. Known for her indie, lo-fi production values and oblique lyrics, her songs have played on both international college radio and online radio, and last year she was featured in the youth lineup in Westival. Having always had an interest in music, she only started pursuing it as a career two years ago, and is slowly building up a following.

Her influences include Lorde, Lou Reed, Hole, Fiona Apple, and most recently the Irish punk band Fontaines DC, who are setting a new standard for Irish music across the industry. Her sophomore single, Crosses and Thorns is a dark and haunting alternative rock track, and is available to listen to on YouTube and to buy on bandcamp. Rebecca is looking to release an EP at the end of 2020, and hopefully study music in BIMM in the autumn. When she turns 50, she would like to resemble Kathleen Hanna in both career achievements and appearance. 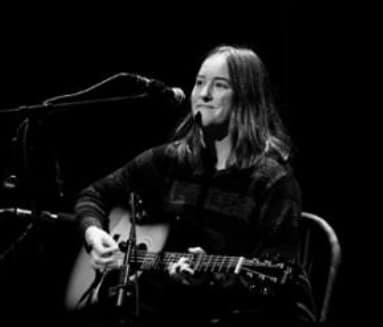