The legendary E Street guitarist Stevie Van Zandt will be making a regular appearance this evening at Tower Records on Dawson Street.

TOMORROW /// Ahead of his Vicar Street show on Friday, Stevie Van Zandt he will be broadcasting his radio show from Tower Dublin (Dawson St store) from 7-9pm and will also be signing copies of#SummerOfSorcery. Be sure to get on down there! 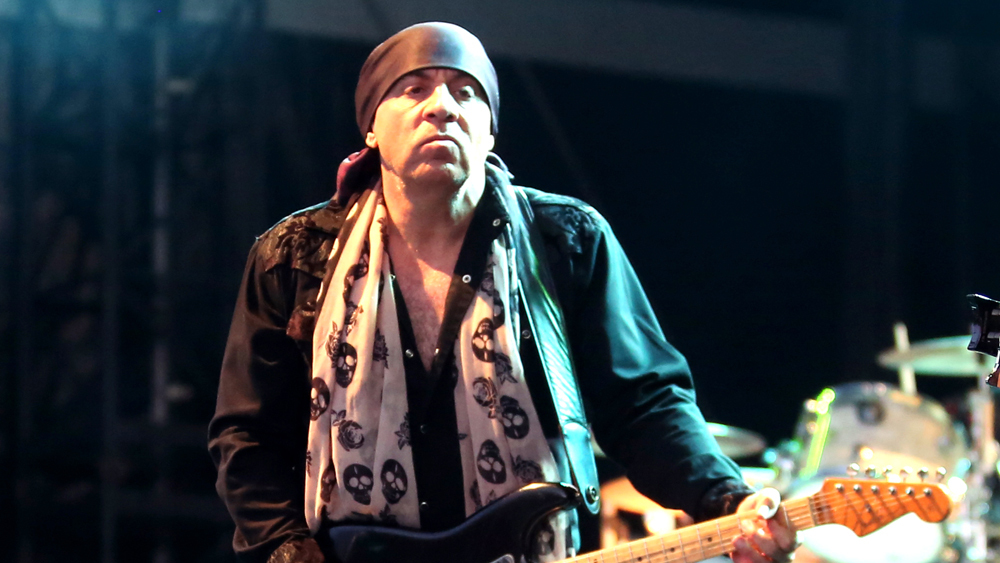 Steven Van Zandt is a Musician, Performer, Songwriter, Arranger, Music Producer, Music Supervisor, TV Producer, Actor, Director, Broadway Producer, TV and Film Composer, Live Event Producer, International DJ, Activist, Historian, Teacher, member of the Rock and Roll Hall of Fame, and is recognized internationally as one of the world’s foremost authorities on both Contemporary and Traditional Rock and Roll.
After creating the “Jersey Shore” sound with the Asbury Jukes he became a founding member of Bruce Springsteen’s E Street Band, and went on to become a successful solo artist in his own right recording and performing solo with his band Little Steven and the Disciples of Soul. He has just completed his first new album in over 15 years returning to his Rhythm and Blues roots entitled “Soulfire”. 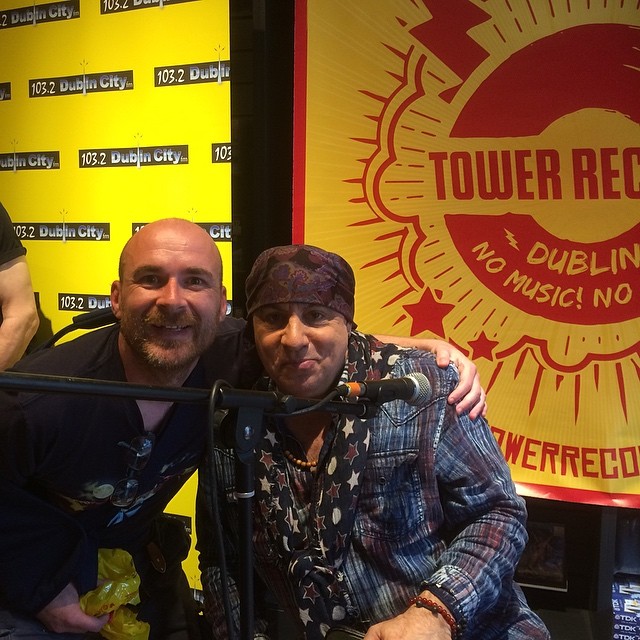 Steven Co-Produced the seminal Bruce Springsteen and the E Street Band albums “The River”, and “Born in the U.S.A.” He has also produced albums for Southside Johnny and the Asbury Jukes, Gary U.S. Bonds, Ronnie Spector, Demolition 23, Majek Fashek, and more. He recently Arranged and Produced “Introducing Darlene Love”, the critically acclaimed album for the legendary Darlene Love, star of the Oscar winning documentary “Twenty Feet From Stardom”.

In 1985, Van Zandt formed Artists United Against Apartheid and wrote “Sun City,” a song featuring over 50 major recording artists protesting the Apartheid system and considered by many political experts to be one of the fatal blows to Apartheid, leading to Nelson Mandela being freed only a few years later.
https://youtu.be/yRqIfs1qXE8
He was a performer at “The No Nukes” concert in New York City, the “Vietnam Veterans of America” concert, “LaBamba’s Christmas Show for the Benefit of Missing Children” which he also produced, “The Anti-Apartheid” concert in Central Park, “The Benefit for Passaic Fire Victims”, “The Amnesty International A Conspiracy of Hope” concerts, “Nelson Mandela’s 70th Birthday Tribute Concert” at Wembley Stadium, and many more.
He has twice been honored by the United Nations for his political activism, including the “Sun City” project and film, and his involvement in “International Peace Day” along with Peter Gabriel. He also established the Solidarity Foundation to promote the sovereignty of indigenous peoples and to foster economic development in harmony with the earth.
Steven Co-Starred in all seven seasons of the Sopranos, playing principle character “Silvio Dante,” a character that he created. 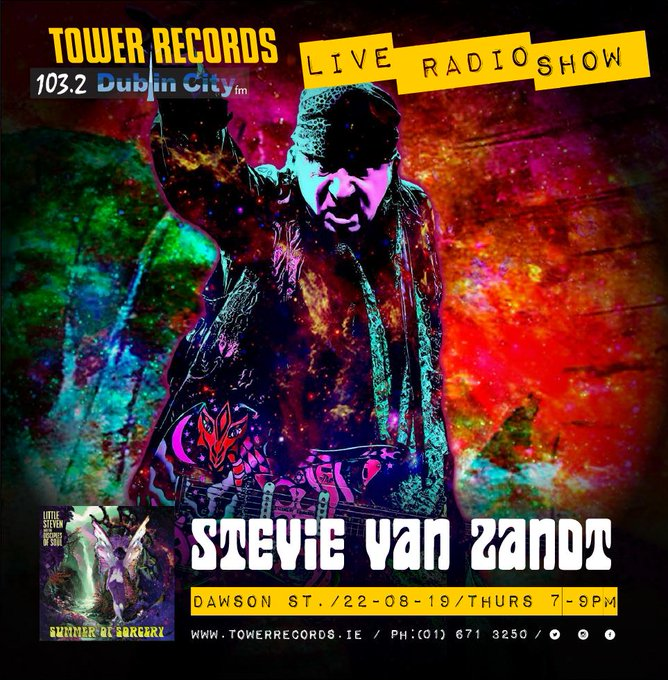 He Starred in, Co-Wrote, Executive Produced, provided the music supervision and scoring, and Directed (the final episode) for the award winning series “Lilyhammer”, which was the FIRST original programming for Netflix.
In 2001 he launched “Little Steven’s Underground Garage”, his internationally syndicated radio show the most successful syndicated Rock music radio show in the past 40 years. Steven also created and produces the first two channels of original content on SiriusXM Satellite Radio, the Underground Garage (Channel 21) and Outlaw Country (Channel 60). In 2006 he launched his record label, Wicked Cool Records, to further support new Rock and Roll.

Van Zandt is chairman of the Rock and Roll Forever Foundation, a non-profit that has developed a History of Rock and Roll curriculum called “TeachRock.org”, an online educational resource offered free-of-charge to educators and individuals everywhere. Interdisciplinary in nature, it is geared toward middle and high school students but includes resources for learning at all levels and provides a simultaneous solution to two escalating problems, music classes being cut, and a high school drop out epidemic.
Share this...