According to the band Street Corners   is lead singer Deans take on the Robert Johnson story about selling your soul to the Devil .. the music has been described as being dark, grungy, rock and punk .. and even though the subject matter is dark the lyrics warn against it. Dean Wright is a musician living in Newry, County Down for almost 20 years. A native of London, he was classically trained in guitar as a child and has been writing and performing songs all his life.

He plays bass guitar in a local punk cover band called Feed The Enemy but with his love of music he always wanted to perform his own so in July 2018 he decided to concentrate full time on his music and began travelling as a solo artist to Belfast, Dublin and around the country to promote his original music. 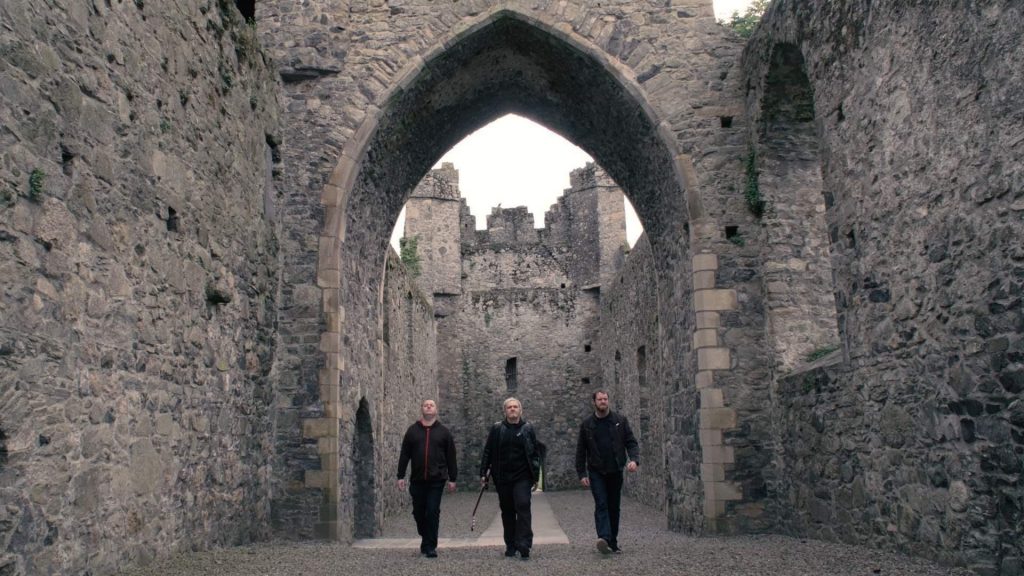 Alongside this in September 2018 he went into the studio based in the beautiful village of Carlingford, owned by Jason Varley, an extremely talented sound engineer who also plays bass guitar on the EP, and on drums, the brilliant Lyn Mc Mullan from the band Sam Davidsons Taste. A few months later on 1st April he released his debut EP, titled Spiritual Suicide.

His music is tough to categorise but has strong rock/punk/blues influences, and some tracks have been described “dark” but with a profound message, to quote, “where punk meets Robert Johnson”,(Gerry, The Circle Sessions, Dublin) “ “quite a retro Protopunk sound such as Iggy Pop, Hawkwind or Doctor Feelgood.” (Brian Gray from NorthHertsRocks radio) “ it would scare the life out of you….there’s a church down the road if you need confession” (Killian, The Smyth Sessions) and the track Friends with the Devil “sounds like something Dylan or Black should have written.” (Ian McWilliams, DJ Phoenix FM, Dublin), Magazine, Wire, The Smiths, John Cooper Clark and Nick Cave all come to mind, very cool! (Rohan Healy, Rhythmn and Roots Show, Near FM)

The band has now been formed for live performances with Dean on guitar and vocals, Jason on bass guitar and Podge on Drums. After their hugely successful launch night for the EP they have recently opened for The Gakk and have just returned from a successful headline gig in Edingburgh, with more upcoming shows. They will be going on the road so look our for them. Dean will be going into the studio in June with the guys to work on the new album and there will be official videos released for some tracks from the EP…lots more to come! Check out the brand new single Street Corners below