I was inspired by several grunge when growing up in Castlebar in the nineties, none more so than all girl grunge group L7. There we’re and still one of the many bands that I felt never received their dues properly.

“They were openly, brazenly feminist and I really responded to that,” music icon Shirley Manson is just one of a stack of artists, which also includes Krist Novoselic and Lydia Lunch, who express their admiration for LA punk rock pranksters L7 in the aptly named documentary, Pretend We’re Dead, the story of the fierce, funny and feminist pioneers of American grunge punk.

The fierceness is multifaceted. Twenty-five years on from when it was first released, their third album, Bricks Are Heavy, still feels like a stiff and swift sinking of a re-enforced boot in the behind. 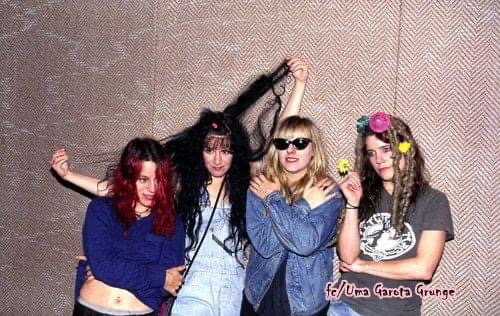 L7 really pushed the boundaries of grunge music in the nineties

This is all thanks to the churning attack of thick guitar riffs, rumbling ominous bass, the pounding drums and of course the full tilt vocal assault of the band’s three vocalists Donita Sparks, Jennifer Finch and Suzi Gardner.

Their songs staunchly and vividly expressed their political views. Take opener ‘Wargasm’ and its explicit lyrics as an example.

Their songs deal with apathy (‘Pretend We’re Dead’), drongos in mosh pits (‘Everglade’) and anybody and everybody who’s pissed them off (‘Slide’, ‘Mr. Integrity’, ‘Shitlist’)

The fierceness and the funny came together in the notorious tampon incident at the 1992 Reading Festival. Following technical difficulties, an impatient audience started pelting mud at the band. Donita Sparks wasted no time sling-shotting her used tampon at the crowd.

She says it was less an act of vengeance and rather a reflection of the creative scene she came from.

“L7 were from an art/punk background, we’re not from a heavy metal background,” she said in a 2016 heavymag interview.

“We started out in the punk scene in LA gigging anywhere we could play – poetry readings, performance art shows, whatever, so that spirit of getting weird is very much a part of me anyway so when the going gets weird, get weirder!”

Things did get weirder.

“They threw it back!” she continued. “It landed on Nick Cave’s vocal monitor and stayed there all during his set, so that’s funny. He couldn’t see it because he was singing on the stage, but I was at side stage and I could see it hanging from his monitor. I was horrified by that.”

L7 founded the Rock For Choice benefit concerts which supported women’s reproductive rights. Bands like Nirvana, Iggy Pop, Hole and Soundgarden were amongst many who participated.

“It’s just the beginning of having a lot of our human rights being taken away,” Suzi Gardner explained. “I see this as being a human rights issue, not as much a women’s issue.”

They may have taken their name, from an old bebop term for square, but this LA quartet were anything but. From Donita baring her bum on a live UK music TV show, to taking on big festivals like Lilith Fair and Warped, for what they saw as musical mediocrity and the lack of female inclusion respectively, these women pulled no punches.

Sparks said  that this was a large part of the reason why fans urged them to reunite in 2015.

“I think a lot of people have a real longing and nostalgia of the female presence of the 90s, which I don’t think has been as present as it was then in such a confrontational way,” she said.

Not that getting in people’s faces is what the band is necessarily about these days.

“There is a real lightness to what I feel on stage now,” Sparks told the Sydney Morning Herald in 2016. “I didn’t really have that before. I was too busy trying to be liked and now I don’t give a shit. I guess that comes with getting older.”

And indeed, it’s also due to the deserved recognition for her groundbreaking band.

“We have a stature now, believe it or not,” Sparks told Vanyaland. “We finally got some kind of stature in rock so questions have gone beyond [gender] now. I think in most minds we’ve transcended the gender issue.” 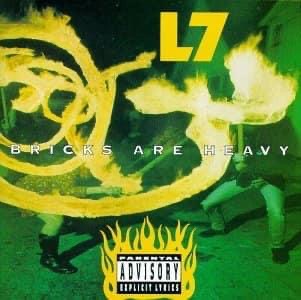