DEA MATRONA continue to make serious waves on the Irish music scene with the release of brand new track “So Damn Dangerous”.

Having returned from a successful tour of Europe, playing festivals such as Rock Werchter and Retro C Trop and supporting The Black Eyed Peas and Eagles of Death Metal, Irish rock duo Dea Matrona today release their brand new single ‘So Damn Dangerous’.

In ‘So Damn Dangerous’ Dea Matrona, meaning “divine mother goddess” in celtic mythology, give us another dose of intoxicating guitar riffs paired with their trademark smooth vocals.

Full of a defiant swagger, the track highlights their varied influences, ranging from HAIM and Royal Blood, to Blondie and Queens of the Stone Age. 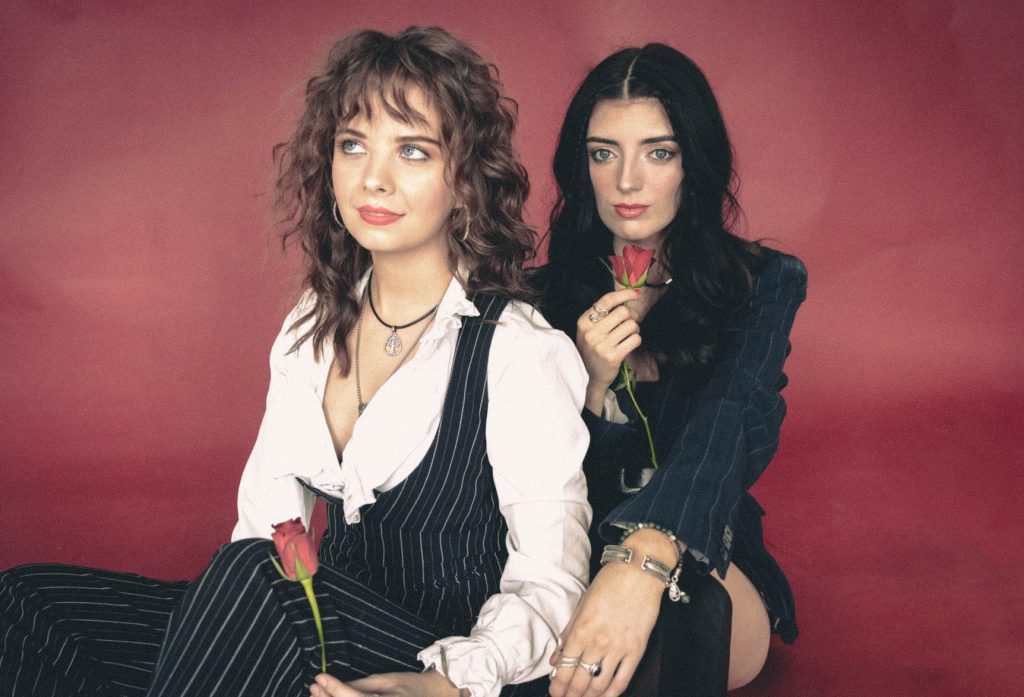 The track is about wanting something that you know isn’t good for you, but taking the risk anyway. The band explain: “We wrote ‘So Damn Dangerous’ last summer and I remember playing it in the room together for the first time and just looking at each other like ‘hey, this is catchy’…We road tested this song on tour for the past few months and we loved playing it every night, it felt right to put it out into the world”

Dea Matrona comprises two school friends who grew up busking to their favourite rock ‘n’ roll anthems on the streets of Belfast. Covering the likes of Led Zeppelin’s ‘Whole Lotta Love’ and Simon & Garfunkel’s ‘Homeward Bound’, they have reached an online community of 250,000 followers and racked up over 7 million views on YouTube.

Formed in Belfast by school friends Mollie McGinn and Orlaith Forsythe, the band developed their electrifying act by harnessing the energy of classic rock legends like The Rolling Stones, Led Zeppelin and Fleetwood Mac and added influences from the likes of Sheryl Crow and Joni Mitchell. With their hard hitting riffs and musical intensity they have established a rare, sensational sound – gritty and real but loaded with melody and style.

Dea Matrona have also recently been announced as the support act for Kris Barras Band across the UK in January and February 2023. Tour dates below: 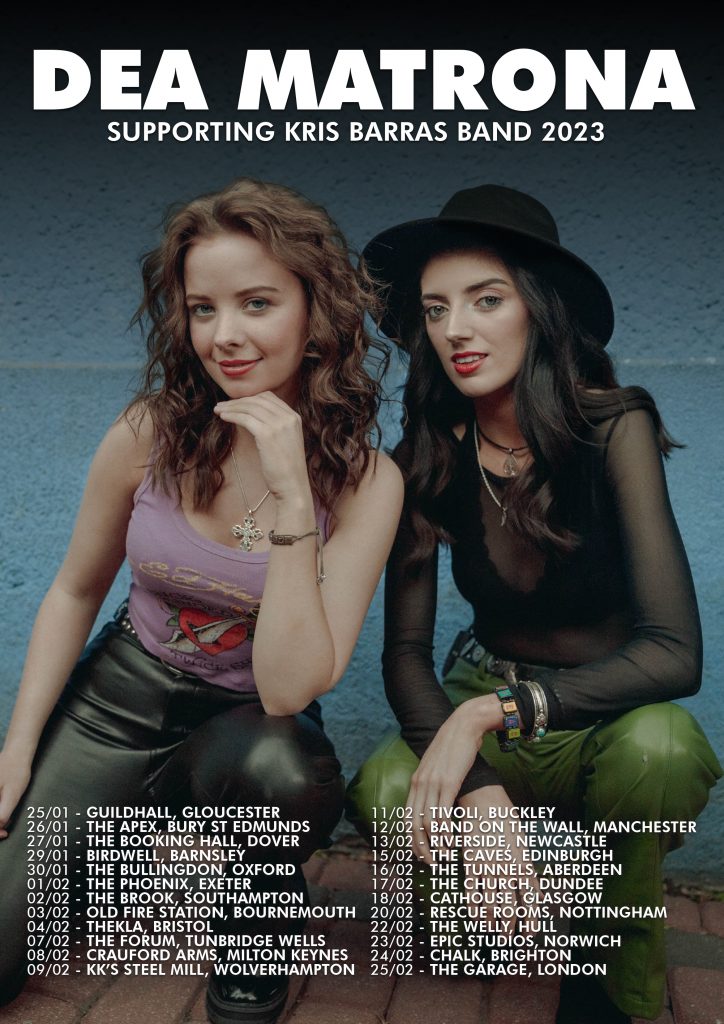