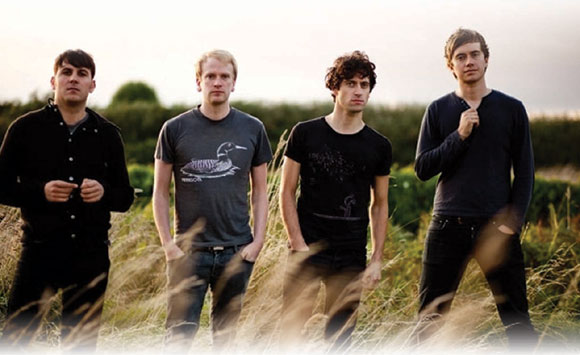 Hello all, it is with great pleasure that I can announce that one of Irelands best touring bands have announced a very intimate show here at The Ruby Room in Castlebar on the 28th of December.

Delorentos have being wooing audiences right throughout the summer months with performances at Sea Sessions, the Independence festival in Cork and just recently The Electric Picnic.

Their recent self-released album Little Sparks (their third, top 20 album), saw them set up pop-up shops in disused spaces to promote the record, in addition to having produced a full-colour magazine to package a 4-track EP, that preceded the album.

The Little Sparks album has been hailed as their best music to date with many four and five star reviews:

“Little Sparks is the sound of a group striving to write the flab-free, solid gold pop record of their lives.  Mission Accomplished!”

“With Little Sparks, Delorentos are going to light one very big fire indeed. “

Support on the night comes from Mia Sparrow with more to be announced at a later date.  It promises to be a great night and the perfect way to celebrate another Christmas, come and gone.

Tickets will be €15, on sale from Downtown Records, Castlebar and The Royal Theatre Box Office. Call the Box Office on 0949023111 for more info.