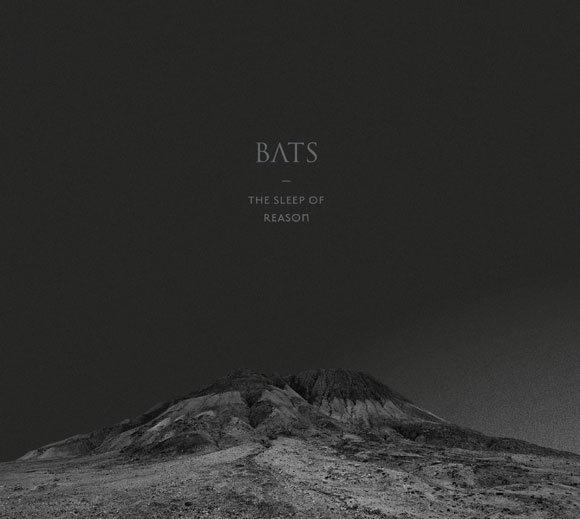 I remember doing a show with Dublin’s BATS back in January of 2010 at Bar Ritz in Castlebar.  At the time BATS were touring in support of their first full length album “Red in Tooth & Claw” and they were making waves on the Dublin live scene; turning that amp up way past eleven and they didn’t hold back when they came to Castlebar.  In a small room with a very low ceiling, there was no escaping the visceral and audacious sound they were producing.

Three years later and the band have just unleashed  “The Sleep of Reason” upon the world; the last record to be released on The Richter Collective label.  On first listen I thought the album was going to have a similar vibe to “Red in Tooth & Claw”.  How wrong was I.  It feels like it picks up immediately after an apocalypse and our heroes are back to kick some more ass and educate us all on science!  Kicking off with the track “Emergent Properties” you know that these guys have a story to tell!

The first single ‘Wolfwrangler’ sees BATS in familiar territory with a song that could have being an extra track from “Red Tooth In Claw”, with a familiar composition and sound to their previous work and it goes without saying that Science remains a major influence in their lyrics

The stand out tracks on The Sleep of Reason include ‘Luminiferous Aether’ which begins and ends like a collaboration between Alan Howarth and John Carpenter on the soundtrack to eighties cult movie ‘Escape from New York’ while ‘Creatures Collecting’ ends like a form of crazy metal doo wop tune mixed with Weezer’s past glories.  My favorite, ‘Heat Death’ brings to mind images of Leatherface doing his best to summon his chainsaw back from beyond the grave.

It is a real pity that this hasn’t received a vinyl release but hopefully someone will see some sense in the future and make this happen so that this work can be heard at maximum audio fidelity.

All in all The Sleep of Reason is a true beast of an album that I can’t recommend enough.  If this is the last record to see the light of day on the Richter Collective label then it’s a very fine way to go out! Richter Collective take a bow!

Check out the album on their bandcamp and let me know what you think.

And then go out and buy it!