POWPIG have being on our radar for some time now, we caught the band performing live for Other Voices at the end of last year and I must admit we we’re very impressed.

Once you see POWPIG  live you will understand immediately that the band are really talented musicians and that they understand their craft and genre really well, (but then again do they even know their genre? Do we?) who cares!

And after all this  is why we admire them so much. 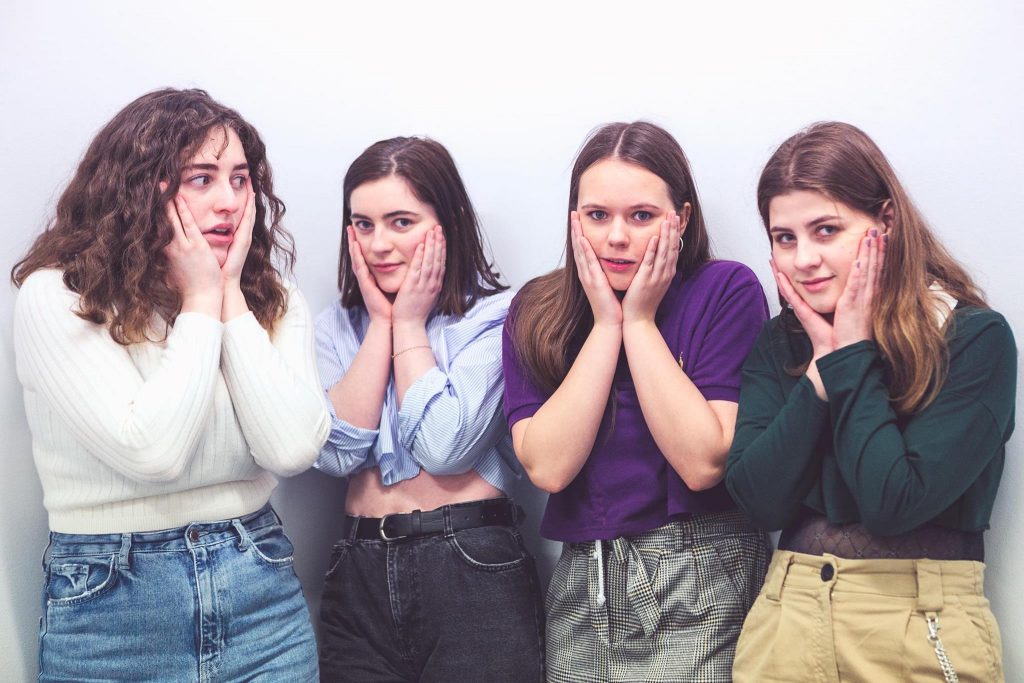 There is moments when the band seem to have a touch of WarPaint about them, yes the American indie Rock band from California.

But in saying this the band still hold their own and I think it’s probably more of a style thing rather than a defining sound.

During the summer months the band also managed to record a new song Called Intellectual, all proceeds oof the track went towards ICU in UHL and MASI-Movement of Asylum Seekers in Ireland.

Also during lockdown this year the band managed to record Quarantine session with Dublin Wood Quay Session, check out the video below.

We like the band because there sound is very different from anything else that that’s being created on the Irish scene right now. If you remember Irish acts such as Mia Sparrow and Waterford act Percolator well then these his will be right up your street.

Check out the Wood Quay Summer Session below