The song really just wants to wrap you in a blanket of calm,” Reardon says. “That’s how I feel it’s been moving back in with my family in Ireland.” His mother, a native of Rathmines, Co. Dublin, moved back to Ireland from America while Reardon finished college in Florida. “I had a bad break-up after college. I felt I needed to get out of the States, and start over.” He too moved to Ireland, and within a few months, the first lockdown hit. 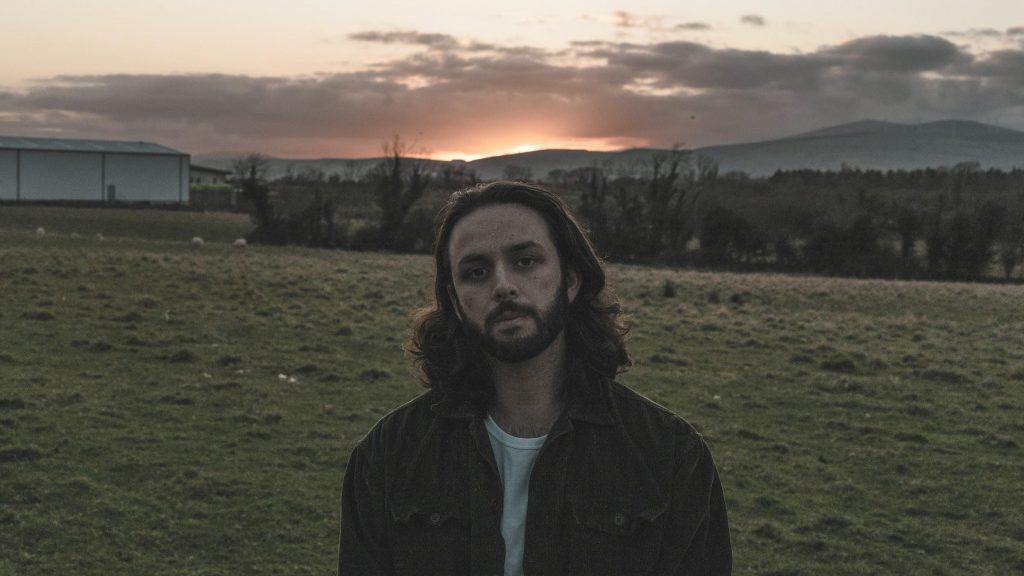 “It was hard. But it also helped me realise songwriting was a way for me to manage my mental health, and reflect. It became a beautiful experience for me.”

The track is a heartfelt and deeply intimate indie folk ballad, about finding home. Reardon crafts a careful cocktail of sleepy-eyed guitars, sweet choral harmonies, and the gentle whisper of birdsong in the distance. Reardon explains, “It began with me just walking around Arklow, and recording random sounds.” Subtle use of synth and organ elements complete a lush, garden-like picture. Reardon’s voice is assured, and conveys a cheerfulness which feels authentic. “I turned all the lights off,” he sings, “and let moonlight into my wounds.”

“People always need more positivity,” Reardon asserts. “I just want to make some art out of this madness, these strange days, and try to find and share the beauty in them. I think this song does that.”

“Ireland Song” was recorded and produced both at Reardon’s home studio in Arklow, Co. Wicklow, and at the home studio of Arklow musician and producer Tristan Howurd.

Devin Reardon is a new Irish-American multi-genre contemporary artist from Florida, now based in Co. Wicklow, Ireland. After studying theatre at Douglas Anderson School of the Arts, and Florida State University, at one of the top theatre programs in the US, he developed a deep appreciation for the power of sound and stage. Spending his summers working as a white-water rafting guide gave him a love for nature, and writing songs in the wilderness. In 2020, he moved to Ireland to live with his family. Within a few months, lockdown hit. Turning difficulty into an opportunity for honest reflection and personal growth, the initially difficult time became, in Reardon’s words, “a beautiful experience.” On his upcoming EP “The Untangling of Things”, Reardon wrestles with everything – the struggle for mental health, homesickness, learning to love routine, and seeking to blossom into adulthood.

Reardon’s inspirations and influences are varied – from Simon & Garfunkel, James Taylor, Beck and Queen, to Ben Howard, Gregory Alan Isakov, Jack Johnson and Sara Bareilles. Devin Reardon’s EP, “The Untangling of Things”, will be released in 2021, of which “Ireland Song” is the first of several singles to come.

Listen to “Ireland Song” streaming on Spotify below