Upcoming alternative rock band SPRINTS are proud to announce their sophomore single ‘The Cheek which ’ will be released on Sept 20th. All we can say is wait until you hear this!! An opening  driving bass line like you have never heard before!!

We were sent a preview of the band’s upcoming second single “The Cheek” which is set to be released on September 20th. After listening to the track on four occasions now we feel this could be one of the best Irish independent singles of 2019.

Of course we will be featuring the track here on our blog upon its release on September 20th.

But lets take a closer look at the meaning of the upcoming single The Cheek. The band discuss the song.

The Cheek is a raw, raucous and bass fuelled single with post-punk and alt-rock influences. Laced with sarcasm, the song tackles sexuality and head on.

“Whether they think they own the place, or think they own you, we are all too familiar with those dickheads at the bar.  Male or female, I know a lot of friends have shared the same experience. To have your sexuality, or your worth questioned, to be berated or harassed for turning someone so ‘impeccable’ down, is an unfortunately too regular occurrence.” 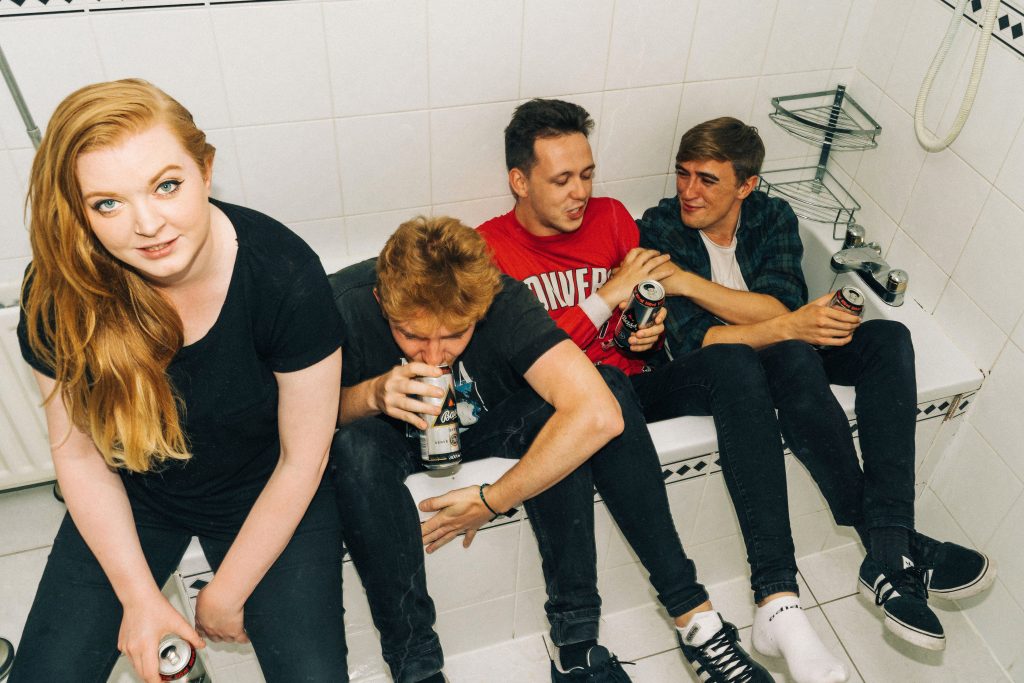 Sprint will release their new song “The Cheek” on September 20th

‘The Cheek’ will be released on all platforms on September 20th. The Dublin based four piece will celebrated it’s launch on Saturday September 28th with a show in Bello Bar. Tickets for the single release are priced at €8 and are on sale on Eventbrite now.

Combining emotive and honest lyricism with punchy, raw guitars, SPRINTS have created a unique rock sound. Taking elements from post-punk and beyond they’re a band best seen live and in their element.

Comprised of Karla Chubb, Colm O’Reilly, Sam McCann and Jack Callan, SPRINTS released their debut single ‘Pathetic’ in April to rave reviews, receiving both national and international press coverage. The song was playlist on Irish radio, featured as Track of the Day on Clash magazine and Joe.ie and featured in the ‘An Alternative Eire’ official Spotify playlist.

“With a mixture of honesty and grit, SPRINTS are a beautiful snapshot of punk music in Ireland right now; raw, rambunctious, and going to be big.” – Atwood Magazine

“With potent songwriting that packs a real punch, their punk-etched sound is visceral while hiding a natural knack for melody.” – Clash Magazine

Find more about SPRINTS at