As a solo performer and collaborative artist, she has joined forces with a diverse mélange of other artists, most notably Brían Mac Gloinn (of folk duo Ye Vagabonds), who adds drones on Indian harmonium and fiddle. Other, more recent, collaborators are Matthew Jacobson (of contemporary jazz ensemble Insufficient Funs) adding percussion and Ryan Hargadon on saxophone, clarinet and synth. 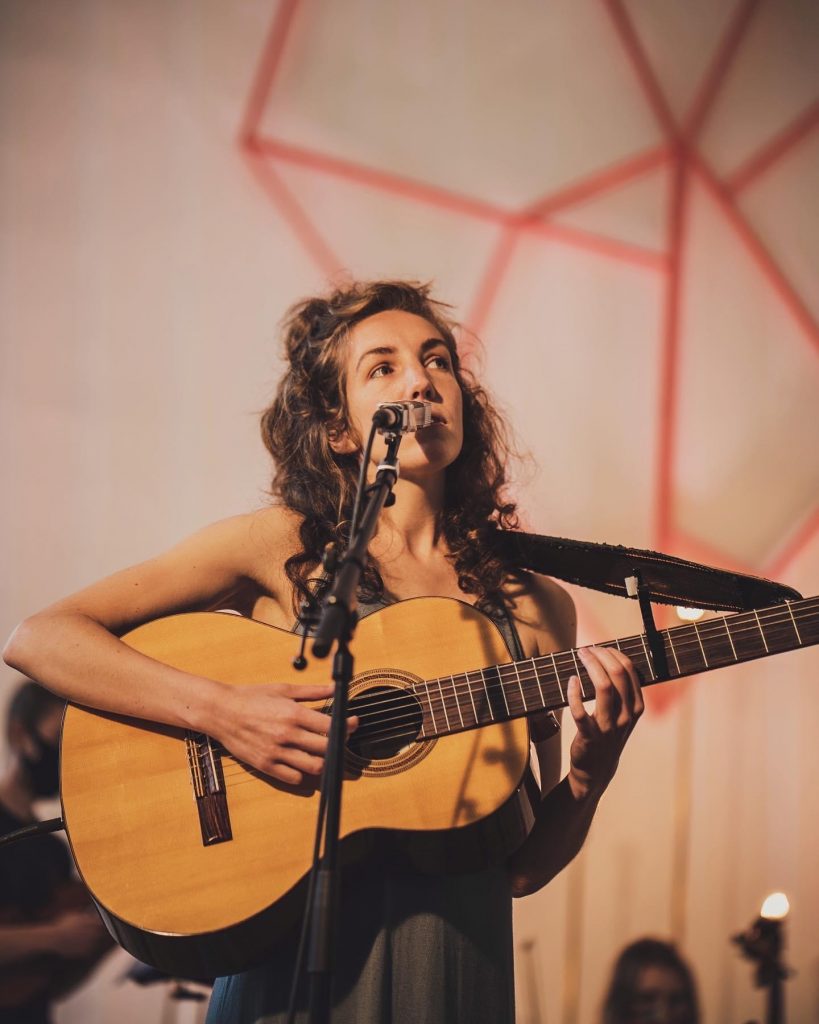 Anna Mieke is the musical project of Anna-Mieke Bishop, who performs on Greek bouzouki, guitar and piano

From performing in larger venues such as the National Concert Hall and to opening the inaugural RTE Radio Folk Awards in Vicar Street, to an amphitheatre of pianos at the Edinburgh Fringe Festival, to underground caves, to manor house ballrooms, to tiny bookshops, to the precarious ruins of a church, Anna Mieke has performed in a curious combination of spaces. Following on from the release of two singles, Arbour and Keep It Whole in 2018, Anna Mieke independently released her debut album Idle Mind in April 2019. Rooted in folk, the ten tracks on the record philosophise through abstract lyrics about place, age, belonging and various societal misalignments.

Anna Mieke was one of five RTÉ Folk Award Nominees for ‘Best Emerging Act’ 2019, and is a recipient of the Arts Council’s Next Generation Bursary Award 2020.